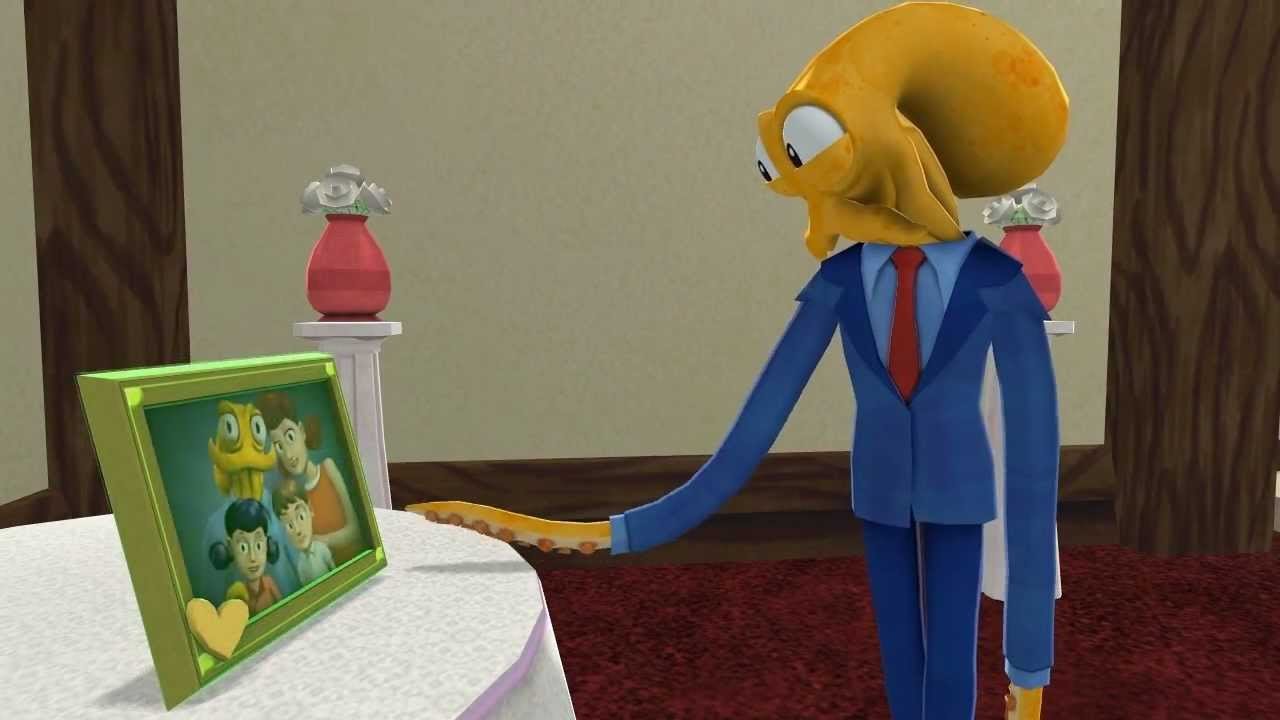 Developer Young Horses may have had modest beginnings, but their first title, Octodad, has become a huge cult hit in the indie community. The game is known for its awkward yet charming controls in which players take possession of an Octopus everyone thinks is a human-being. The company recently announced they would be developing a sequel entitled, Octodad: Dadliest Catch. The title is being released for PC, Mac, Linux and Sony’s next-gen console, the PlayStation 4. CGMagazine recently caught up with the programmer and producer of Dadliest Catch, Kevin Geisler, to ask him a few questions about the much-anticipated release.

How has developing on the PS4 differed from the PC?

K: So far, it’s been very similar to Linux as far as development. In a lot of ways it seems easier to develop some things on PS4 because when I’m running specific code it will hard crash easier than the PC. Sometimes Windows will hide a lot of memory access issues, so it ends up being easier for me to catch bugs when developing on a console.

What does Dadliest Catch hope to accomplish that the original couldn’t?

K: When we originally made Octodad, it was a student project. We had to come up with the pitch version and prototype in about five months, so it was rushed out. A lot of the changes in Dadliest Catch are things like expanding the world Octodad lives in. He goes outside of the house this time. We managed to fix a lot of the bugs in the first Octodad without losing the charm the awkward controls brought to the gameplay.

Dadliest Catch has a price-tag. Why should I buy it when I can just get the original for free?

K: The original Octodad had a lot of glitches. We like to think we improved the art and the style of the game. We also made sure the length of the game is much longer. We’ve put in a lot of additional features as well. Things like controller support which the first game didn’t have. I also think the story this time around will be much better.

Would you say the game is more story-centric now?

K: Well the original had a story.  But with Dadliest Catch we want to delve more into the background of Octodad himself. There is also a wider variety of situations (for gameplay) in the title. We also think there’s a lot more character development this time around. In the first Octodad the character’s goals were shallow and we want that to be different this time around.

Microsoft has changed their publishing rights (self-publish). Would this mean an Xbox One version is now on the horizon?

K: We’ve been looking in the Xbox One development program. It’s really up to Microsoft as far as helping developers get onto the platform. Sony has been upfront and supporting us and getting us things we need. So its one thing to announce a program but we’ll have to see in the future where they’ll take it.

So you haven’t been approached by Microsoft whatsoever?

As an indie developer, what do you think the biggest challenge has been in this competitive community?

K: I think in a lot of cases, its still about getting the word out there. And especially once the game is out, stuff like score placement and finding an audience to play the game can be hard. We were very fortunate to get through Steam Greenlight and be able to get Sony’s attention but a lot of games don’t. And even if they have an audience, they may not be able to get through something like Steam Greenlight, even though its perfectly fine game for a lot of people.

Is Octodad your only franchise, or do you plan on expanding to other IP’s in the future?

K: We wanna support Dadliest Catch for a little while such as expansions and new features. But I do think most of us wanna move on to new things. We don’t want to be known as the studio who just did Octodad.