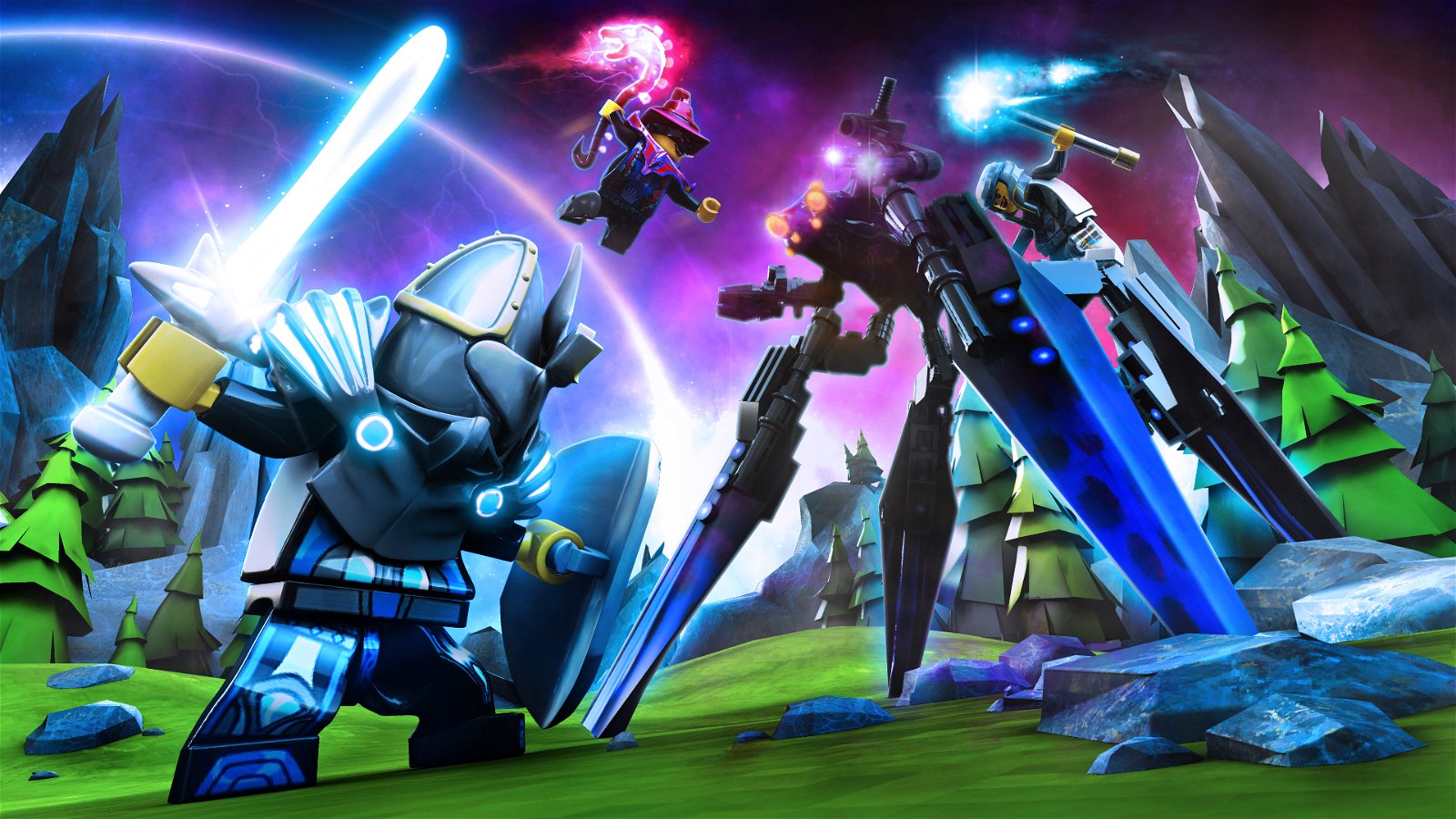 In continuing the LEGO franchise in gaming, LEGO Universe took the creative and legendary pastime to a whole, new level as an MMO.

We sat down recently with Cody Wright, a World Artist with LU’s developer, Net Devil for some insight into the background and the future of the MMO.

CGMagazine: What brought you to become a World Artist for LU?

Cody Wright: I was always into more traditional art, and went to a four year art school at Virginia Commonwealth University in Richmond, Va. I wanted to use my art to get a job, and the video game industry was the ideal place to do that. The industry is expanding like nothing we’ve ever seen before, although it took me a while to break in, but it really is a unique profession for an artist.

CGMagazine: With an MMO, how do artists remain involved with a project after release?

Cody Wright: LEGO is a uniquely creative icon to turn into an MMO. It’s all about constantly creating new things, which is something we practice behind the scenes as well. LU is putting a major focus on new content, which is essential for any MMO that wants to survive long term. LEGO isn’t necessarily aimed at the older crowd, so if a parent is paying for a monthly subscription, they need to see that their money isn’t just giving their kids the same, old content. For the most part, if it’s in LU, there’s always more of it coming.

CGMagazine: As a World Artist, how much of your work relies on what other devs are working on at any given moment?

Cody Wright: Nearly everything we do on the World Art team is a collaborative effort. We usually divide each world up amongst ourselves with one core concept in mind. I’ll work on one part of a world by myself, or with one other person, which helps to give each world some variety, while still holding true to a single aesthetic. We’ll all then work with our Art Director and mash everything together to form one cohesive and unique world.

Cody Wright: Our team leads and Art Directors have a very broad idea in mind for what they want. We don’t necessarily work directly with the other teams, which keeps the variety via collaboration at a maximum. All that variety is then formed into one single vision. We focus on creating all the pretty levels the player runs around in. We deal with the modeling, texturing, and lighting of the “block ins” we receive from our LEGO Design Team. A lot of the LEGO assets we use are created by one of our in house LEGO builders, but we do get to do some LEGO work which is fun. We work closely with the concept team, who give us a lot of direction towards our work. The character artists mainly keep to themselves in their cave in the corner.

CGMagazine: How much free reign do you have as an artist, especially when working with an established franchise like LEGO?

Cody Wright: One thing we always keep in mind as an overall guideline is that every asset is something you can build with real LEGOs. Not everything in the game is a LEGO piece, so we do have some freedom with what we create. Every world has an overarching theme, so we work within that as well. Whether it’s a forest world, a space world or a pirate world, we still are set to come up with our own imaginative vision.

CGMagazine: So many people remember that variety as a key part of the LEGO experience: building medieval castles for cowboys with ray guns fighting wizard pirates with katanas. How did you guys condense such a wide and varied experience into a cohesive game that makes sense?

Cody Wright: With all those different worlds and themes as a vital part of the LEGO experience, we took the approach of breaking each up into different factions that you can join. Each has its own style and theme, so you can run around a pirate cove, then fly your spaceship to a floating island with undead samurai horsemen.

Still, the experience that the player has is all encompassing, and that is what fuses all the worlds into one experience. It’s something like how you can go to the store and buy sets of LEGOs. You can buy boxes of separate pieces with different themes, but then you get home and building that pirate ship manned my ninjas from the future.

CGMagazine: The traditional LEGO aesthetic is something that’s very set. Did working with an image that is so ingrained into the public’s cultural consciousness make things easier or more difficult?

Cody Wright: I think it’s a little bit of both because sometimes we need something that really embodies that LEGO look, but you don’t want it to look like everything else you just did. We have some full time LEGO builders at Net Devil who are just amazing at what they do. You talk to them about one little thing you want built and they’ll show you ten different ways to build it. We have tens of millions of LEGO pieces in the studio; it’s one of the largest collections in the world.

CGMagazine: How much involvement did The LEGO Group have in the development of the game?

Cody Wright: Quite a bit, actually. Many of the people who work with us in the studio on a day to day basis are LEGO employees. They want to make sure we stay true to LEGO, as do we. Above all, we want to provide a great gaming experience that lets our players really live in worlds that can be built with real LEGO bricks and even worlds they create themselves

CGMagazine: What has Net Devil actively done to set LU apart as an MMO in a world of formulaic MMOs?

Cody Wright: We do have some of the standard and honestly necessary elements of an MMO: running around with your friends, killing enemies, collecting stuff, pick up better loot, etc. Formulas work for a reason, and it helps to keep players on a progression track so they’re always able to come back for more and more. We also integrate different styles of game play, such as racing elements, etc. We try to have LU speak to a broader audience. I think a lot of MMOs are more geared to the hardcore gamer, whereas LU is made specifically so that anyone can easily pick it up and play right off the bat with friends who have been playing for a long time.

Fortunately, in working with an IP like LEGO, it’s all about creation. We let players build their own characters, of course, but also they can build their own cars, spaceships, homes. We have a Quick Build mode, where players need to build a quick bridge or device to get through the level. There’s a Free Build mode that gives players their own property and you can build whatever you want using the thousands of pieces you collect. Players can also build and share their own little levels, that lets players live in worlds that can be built with real LEGO bricks and even worlds they create themselves.