Ripstone Games unveiled the release date for their realistic chess game, Chess Ultra, the game is set to release on June 21, 2017.

Chess Ultra is Ripstone Games first internally developed title. Previously, they released Pure Chess, however that title was developed by Voofoo studios and published by Ripstone. Ripstone promises that Chess Ultra will be incredibly realistic, with 4k graphics and full VR support on all major platforms that support it such as the Vive and even the PlayStation VR headset. 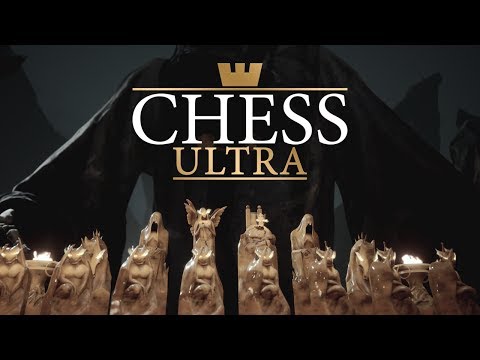 Although Chess Ultra is striving for realism, the game will not shy away from interesting and otherwise impossible challenges, such as being able to face up against the grim reaper in VR, something that can only be achieved in the world of Chess Ultra. The upcoming title will also feature 10 difficulty levels, starting with novice and going all the way to Grandmaster.

Players will also be able to control the time, granting the ability to set the perfect mood and atmosphere for each and every match, which include classical, blitz, and marathon modes of play. The aforementioned modes will also support intuitive local and online multiplayer matches, making Chess Ultra a flexible and fully featured chess game.

To widen the player base, Chess Ultra will also feature cross-platform play between console and PC. The upcoming game comes packed with over 80 chess puzzles, and special matches that players can participate in based on important, real-life matches, in which players can rewrite history itself. The PC version of the game will also have full Twitch integration, allowing gamers to play against their community.  Chess Ultra will be available on June 21, 2017 on PC, PlayStation 4,  Xbox One, with Vive, Oculus and PlayStation VR support.