It is becoming harder and harder to keep game reveals a secret in today’s interconnected world, so it should come as no surprise that Darksiders III has been leaked via Amazon.

In a product page discovered via Gematsu, it was revealed that THQ Nordic and Gunfire Games are working on the latest instalment in the Darksiders Saga. Set to be released in 2018, Darksiders III has players taking the reins of FURY, a mage who must use her magical whip to help restore the balance of good and evil in the world.

The listing discusses the features players will get to unleash should they jump into the game. Features of note include the ability to unlock different forms for FURY, an open-ended, free-form world, and the epic battle to take down the Seven Deadly Sins.

Continuing the gameplay that was first seen in Darksiders, Darksiders III will be a hack-n-slash adventure. The game will also include the signature art style of the series and continue the story where it was left off in Darksiders II. The listing also reveals that the game is slated for PlayStation 4, Xbox One, PC, but no Nintendo Switch listening could be found.

Update: It has been confirmed via IGN, that the listing is in fact real. The trailer for the game was also unveiled, giving everyone a look at what the feel for what to expect from the new installment. 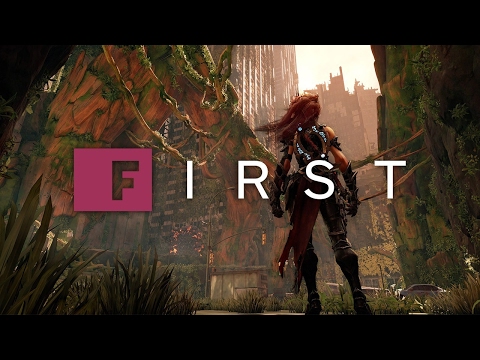