If your Dragon Quest-related dreams involve building new towns and cities in the classic RPG world, then your Minecraft-inspired fantasies are finally coming true state-side.

Announced via the official Dragon Quest twitter, Dragon Quest Builders (which came out on January 26th in Japan on PS3, PS4, and PS Vita) will be released in North America and Europe sometime in October for PS4 and PS Vita. The announcement of the game in the west ties into the 30th anniversary of the franchise, and is being billed as a celebration of the series.

The story of the game follows a “what if” scenario where the hero of the first Dragon Quest game, instead of defeating the ultimate evil, struck a deal with him to make a world of darkness. The hero is then awakened by a guardian spirit who is known as the “Legendary Builder,” and gains their power to create from imagination and sets off on a quest to rebuild the world. 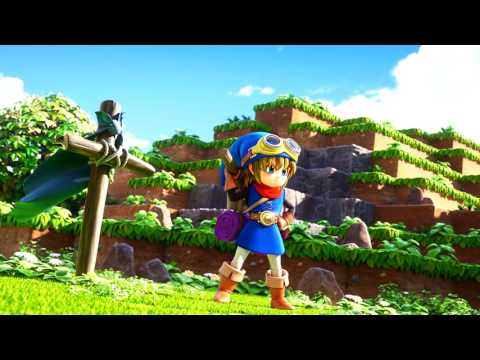