Hail to the king, because Duke Nukem‘s back. More accurately, Duke Nukem 3D is back with a new release. Hitting digital storefronts on October 11, Duke Nukem 3D: 20th Anniversary Edition World Tour is a re-release of 3D Realms’ definitive shooter.

This comes after a multi-day tease on behalf of Gearbox Software, who currently own the rights to the IP. The developer has been ramping up Duke’s social media presence, on top of putting up a countdown on the main Duke Nukem website. Many fans, myself included, were expecting a new game.

However, that guess wasn’t entirely off-base. Gearbox is bringing in original developers behind the original to produce an eight-level episode from scratch. This includes new music, new assets, and most crucially, new voice work from Jon St. John.

“When I first moved out to Texas to join the Duke Nukem 3D development team in the mid-nineties, I could not possibly predict that we were all going to be part of the emergence of the 3D First Person videogame genre that would ultimately impact the entire videogame industry,” said Randy Pitchford, President of Gearbox Software. “Making it possible for Allen, Richard, Lee and Jon to all come back together 20 years later to bring a whole new episode to the classic game is just one of those rare and incredible things that I hope will bring joy and happiness to hardcore videogame fans new and old.”

In addition to the new content, World Tour will also feature a new graphical mode. Using the proprietary True3D engine, this new mode will allow players to experience the game at a smooth 60 FPS. Of course, if you want to experience the older version, you can switch to the classic engine at any time.

Frankly, I’m more excited about this announcement than I thought I’d be. Duke Nukem 3D is something that’s seen a fair amount of re-releases, sure. But this one has a lot of clear effort put into it, and bringing some of the original team back to produce new content is a nice olive branch. All-in-all, it seems like a cool little thing, and the twenty-buck price tag is also nice.

Plus, I’m one of the few people in existence who enjoyed Duke Nukem Forever, so more Duke’s always a good thing in my book. Check out the very NSFW trailer below: 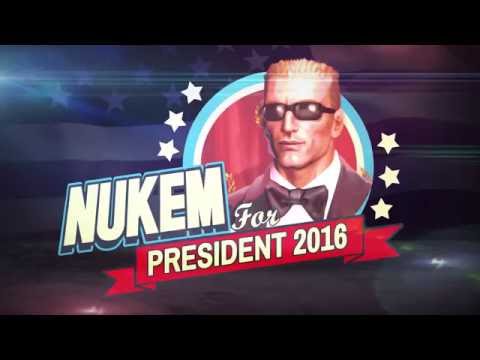