Rumours circulated earlier this year that the three Assassin’s Creed games that starred the beloved and charming killer, Ezio Auditore da Firenze, will all be getting updated and released and on to next generation consoles.

Today Ubisoft officially confirmed that Assassin’s Creed: The Ezio Collection is real and will be coming out on PlayStation 4 and Xbox One towards the end of the year. The announcement was accompanied with a release date and a trailer.

The move appears to make a lot of sense. For the first time in years Ubisoft won’t be releasing a new game into the Assassin’s Creed main series this year, and with the Ezio games, especially Assassin’s Creed II, being so highly regarded, what better way to plug the AC sized gap in the year?

The Ezio Collection releases on Nov 17th, 2016. But for now, Ubisoft dropped a pretty exciting trailer. 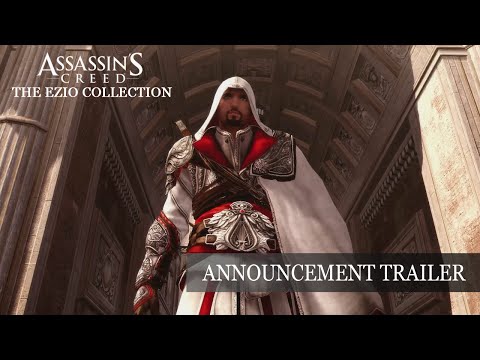 So if you loved Ezio’s journey through trials, tribulations, from Italy’s biggest cities to Constantinople, you can play through it all again with enhanced graphics, all in one package.

However, no multiplayer modes from any of the games are included.

The Nov release of The Ezio Collection lines up nicely with the release of the Assassin’s Creed movie, which hits theaters on Dec 21, 2016.