Fire Emblem Echoes: Shadows of Valentia is a brand new title headed to the Nintendo 3DS. The game is said to be inspired by Fire Emblem Gaiden, the second installment in the series that was released for the Nintendo Famicon in 1992, exclusively in Japan. Dual-protagonists are back, this time following Alm and Celica as they fight through a war dividing the continent of Valentia. The game, along with two new amiibos featuring the two protagonists, will be released on May 19, 2017.

Two additional games were also touched on. While Fire Emblem Warriors was revealed during the Nintendo Switch presentation last week, Nintendo released a new trailer with gameplay footage, along with a release window of Fall of 2017. A brand new Fire Emblem game that is more in line with previous console iterations is set to be appear on the Nintendo Switch in 2018. 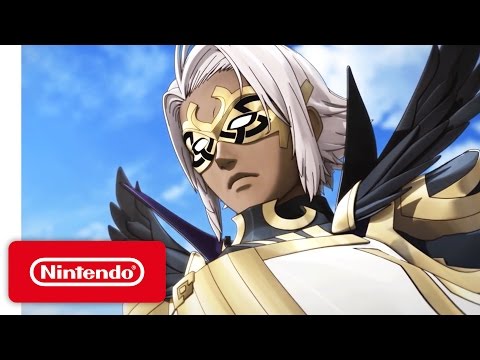 The long awaited Fire Emblem mobile game has finally been revealed as Fire Emblem Heroes. Nintendo describes the mobile game as “tactical role playing on bite-sized maps designed to fit nicely on a smartphone screen, even when playing in short bursts.” Players will build armies by recruiting popular characters from different games in the series. Orbs can be used to summon new characters to your team, and these can be found either through gameplay or the in-game shop.

Fire Emblem Heroes will be available as a free download with the option of in-game purchases. The mobile game will be released on Google Play on Feb. 2, 2017, with iPhone and iPad simply set to release “soon.”