FLCL 2 and FLCL 3 were given trailers during Anime Expo 2017 in Los Angeles.

Announced last year, the follow-up project to the beloved FLCL or “Fooly Cooly”  received a new trailer during Anime Expo 2017. 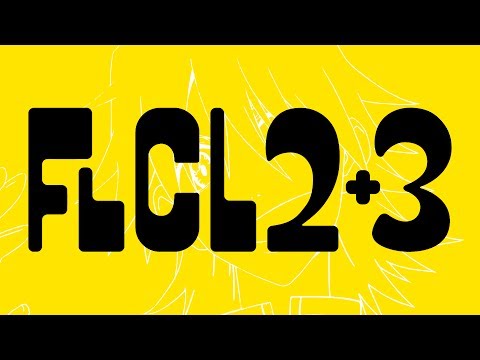 Amongst the thousands of viewers of the new trailer that dropped during Anime Expo, many of the fans noticed that a particular character in several of the scenes donned a pair of headphones in the shape of cat ears, which are reminiscent of a real-life brand of popular headphones.

The eagle-eyed fans were quick to point out the resemblance and share the trailer with Wenqing Yan, the creator of the real, and original cat-ear headphones that were successfully funded through Indigogo in 2014.

Yan took to her Twitter and posted her concerns regarding the headphones. She went on to state that she had not given Production I.G or Adult Swim the go ahead to use the likeness of her headphones in the upcoming FLCL sequel.

The cat shaped Axent headphones which launched through Indiegogo in 2014 ended up raising $3 million dollars, 1,172% higher than the original goal. Furthermore, Brookstone licensed the light-up cat headphones and released a special Ariana Grande approved pair, which further attributed to popularising the headphones.

The original FLCL came out all the way back in 2000 and consisted of six episodes that told a coming of age story in a very over the top manner.

The FLCL sequel, FLCL 2 and 3 will be comprised of 12 episodes split into two seasons that will air in 2018. The new seasons will air on Toonami and is being co-produced by Adult Swim. There is no date set for when the new series will premiere.

Currently, Adult Swim has not made a statement in regards to the headphones that were featured in the FLCL sequel trailer.