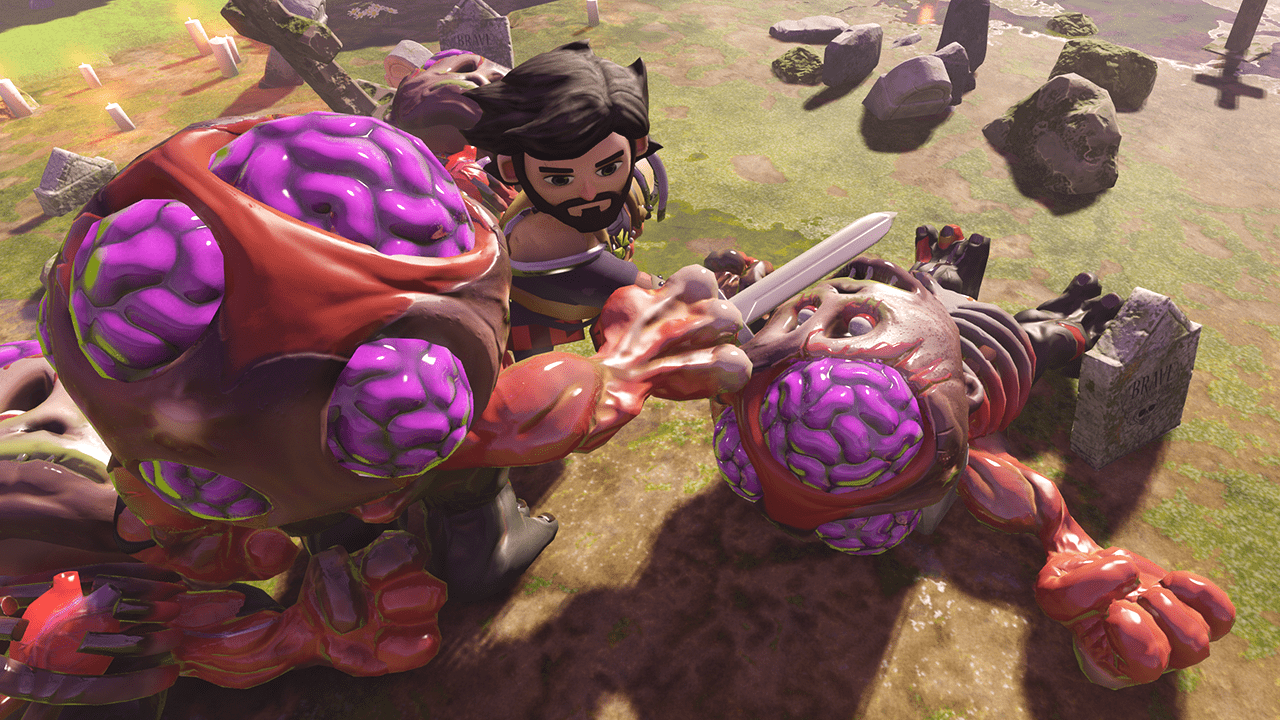 Mountain Sheep’s previous string of projects was an iOS hack and slash series called Minigore. Their current title under way, Hardland, is being styled as a sort of spiritual successor. It’s drawing its formula with a heavy portion of Minecraft and a dash each of titles like Diablo, Journey, and Zelda. An odd mix, to be sure, but one that may yield some lovely results. Impressively high-quality graphics paired with a colorful, clay-textured, fairy tale art style make this action-adventure more curious still.

The developers’ intent is to create a world that brooks unique experiences and stories during each play session. Disparate elements further this by functioning according to their own sets of rules. Characters and creatures, for example, hold their own wants and needs and, presumably, act to fill these on their own. Following a dissatisfaction with static, immovable environments, a tile based world similar to that found in Minecraft gifts destructibility and the possibility of battlefields scarred by the mayhem they held. To cap it all off, a heavy press on modability portends a steady stream of user created content, should Hardland catch on.

No word yet exists on when we might get our hands on it. Hopefully sometime soon. In the meantime, look at how pretty!