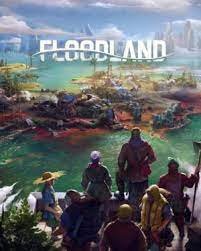 If you love the micromanagement in games like Cities: Skylines or the thrill to build an autonomous colony(ies) in the Civilization games, Vile Monarch has concocted a special medicine for your fix—with a big spoonful of Frostpunk vibes. These are the same developers who created Weedcraft Inc., and some co-developed This War of Mine prior. Floodland had a colourful art style fans of these games would enjoy—with co-mingled gameplay elements from its predecessors.

This dystopian, strategy game took place in a world that flooded over, and rotted with pollution. The few remaining humans have made Clans to survive and tried to rebuild their own small settlements—hoping to restore the old civilization ways or pave new ones. The main objective of the game was to grow and manage a colony, establish laws, and ensure that society could function while appeasing different Clans, who have different worldviews and expectations.

Floodland was as much fun as it was complex and confusing. I was stuck on the first chapter quite a while, until I realized the one thing I needed was a resource I could barely have noticed to interact with. The art style was amazing with the different brushstrokes of water, pollution and ruins—but the visuals for clickable resources were quite flat and unnoticeable. This was probably my biggest pet peeve on the gameplay aspects.

At the surface level, Floodland was like Minecraft mixed with Cities: Skylines where the player(s) are dropped in a randomly-generated seed world and then left to figure out what they could craft in order to survive. The only difference was this single player game added elements I respected and detested from games like Frostpunk. Keeping community members and leaders fed and watered (yes, humans need to be watered inside and out); entertained and happy; and managed with some authority.

“Floodland was as much fun as it was complex and confusing.”

The laws in Floodland were quite helpful but filled with a lot of descriptions of perks and drawbacks. Clan Leaders show their emotion levels based on how much Unrest was accumulated in a status bar under their icon, along with their XP status bar.

So, other than taking care of the peoples’ needs and researching new technologies to build better things, laws were useful to provide the people with some order—with some benefits. The game had an intriguing outlook on some laws like Censorship, which could be viewed as a good thing for some Clan Leaders, but led to increased Unrest for others. Keeping everyone happy in a post-apocalyptic world is not very fun!

“The first 2-3 hours were probably my most exciting moments where I did not hit intense story snags in progress.”

The first 2-3 hours were probably my most exciting moments where I did not hit intense story snags in progress. I did play the prologue leading into the first chapter, which acted as a tutorial. I would recommend playing it on the first run of the game because there were a lot of key things to know, setting up a new district.

If you are as lost about how much detail I have already explained in Floodland, well…there was more. There were a lot of different resources in this game, so much that it had to condense the list at the top of the screen. I thought this made sense for the purpose of not taking up too much space on-screen, but the exhaustive list of resources became overbearing in the mid-game.

I love resource-based building games, but this took me by surprise with how many materials there were. The overall setting and music were the game’s strongest attributes—the humming voices have stuck to my brain. I appreciated the real, raw human side to things. The overall tone of Floodland kept me playing for hours, and learning the tech trees like in Raft.

The randomly-generated maps were a great touch to this kind of game. I found myself creating multiple games to see how well the world seed randomizer was; it was definitely random—but fair. Vile Monarch‘s Floodland were on the right track, but there were some aspects that could have used some extra fine-tuning. If micromanagement is your style of game, this can be the perfect relief for you.

There was a lot of replayability factors in Floodland I loved, and a strong political message. If you love micromanagement games, this had a treasure-trove worth of content.
REVIEW SCORE
7
File Under: PC, Survival