Koei Techmo Is Working On A New Berserk Game

If you are a fan of anime, then you no doubt have read, or at least heard of, Berserk; the ultra-violent, ultra-dark manga following the demon hunter Gatsu. Fans will be happy to know, Koei Techmo is currently working on a new game adaptation for the series, and no game could be better suited to it’s trademark hack n’ slash gameplay.

Koei Techmo released a new trailer on their site showcasing a bit of the gameplay. While there is only a few sweet seconds, the trailer shows off the blood and bleakness that are staples of the Berserk manga. The tone and look of the game look to be right in like with Berserk which seems like a strange departure for Koei Techmo’s over-the-top, almost comedic brand of gameplay. 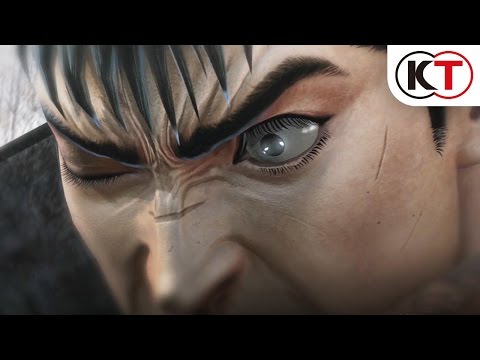 A host of images that were also released seem to suggest a massive amount of content, ranging from the manga’s Golden Ark, to The Band of the Hawk Saga (seen in the images featuring a non-demon Griffith and Gatsu confroting Zodd the Immortal), to the moment of the Great Eclipse.

Details are still relatively sparce, however Berserk Warriors (working title) looks like it may deliver an experience fans will appreciate, while delivering gameplay any fan of Dynasty Warriors will enjoy and atmosphere any Dark Souls fans will love.