If you like horror games, odds are Layers of Fear at least caught your eye.  Now, developer Bloober Team showed off the game’s expansion, titled Layers of Fear: Inheritance, with a trailer and a Masterpiece Edition for the game.

Launching on Aug 2, 2016 for Xbox One, PS4, along with PC, Mac and Linux via Steam, the trailer shows off Layers of Fear‘s unique type of horror, mixing artwork with psychedelic horror. This time around players jump into the shoes of the painter’s daughter, who returns to her father’s house years after the events of the first game to make amends with her past. Leaving the player to choose between two alternate endings. 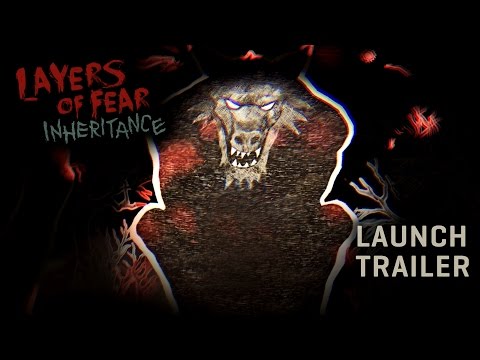 Along with the trailer, Bloober Team announced Layers of Fear: Masterpiece Edition which includes the original game and its DLC.  If you didn’t play Layers of Fear when it first launched on Feb 16, 2016, this is a chance to catch up on all the action and not miss out on the DLC expansion.

Layers of Fear follows a painter who slowly unhinges as he drinks his way through his own house. The further he goes through his hallways the worse his conscious gets to him.The game was praised for its atmosphere and tension throughout it’s campaign, along with it’s interesting take on the horror franchise, messing with a player’s psyche instead of relying on more traditional jump scares.

If you don’t want to wait for Layers of Fear: Masterpiece Edition, the game is available on PS4, XBox One, Mac, Windows PC, and Linux.