The announcement was made with a teaser trailer of the game’s title displayed with some fancy stitchwork on a rugged backpack. A post on the official Life is Strange Twitter account states that more information will be revealed in August.

Episode 1 of #LifeisStrange2 will release on September 27th 2018.

Dontnod also recently revealed that The Awesome Adventures of Captain Spirit, a game set in the Life is Strange universe, will be released on June 25. First unveiled at E3 earlier this month, The Awesome Adventures of Captain Spirit will be a free-to-download game will take place three years after the events of the first Life is Strange and will tell the story of a 10-year-old boy and his relationship with his single-parent father.

Life is Strange 2 will be the third game in the series, following the release of the prequel Life is Strange: Before the Storm. Kenneth Shepard gave the prequel’s bonus episode, Farewell, a 9 out of ten, calling it “deceptive in its innocence and devastating once the illusion is shattered.” 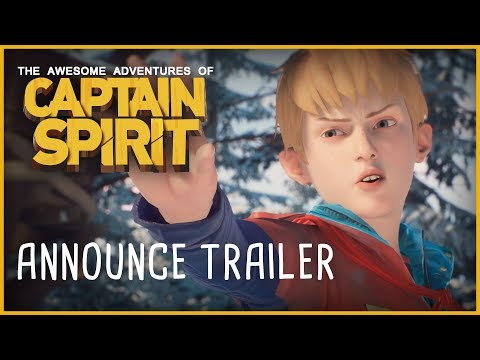 Liked this article and want to read more like it? Check out Kenneth Shepard’s review of Life is Strange: Before the Storme Episode 3.