Life is Strange: Before the Storm has created a schism in the fan community and for fans of voice acting in general. After the voice actor’s strike of 2016, the original voices of Max and Chloe, Hannah Telle and Ashly Burch respectively, didn’t reprise their roles from the first game. This upset many, both because many people associated the voice acting with an iconic character, and because new voice actors would be performing as SCABs, delegitimizing the strike. Thankfully for all involved, the strike is over, and the original voices of Max and Chloe are returning to their roles.

According to Square Enix, “Farewell” is a special bonus for fans of the games, and may be the last time Max and Chloe interact in Life is Strange. No specifics on plot have been confirmed for this episode, save for that you’ll play as Max one last time, but Square Enix is assuring they will reveal information after they’re done with “Hell is Empty“.

“Farewell” is poised to release sometime in early 2018, with episode three of the main release, “Hell is Empty“, set sometime before the end of the year. “Farewell” can be purchased in Life is Strange: Before the Storm‘s Deluxe Edition. For a more detailed look at the process of creating “Farewell“, Square Enix has also released a behind the scenes video. 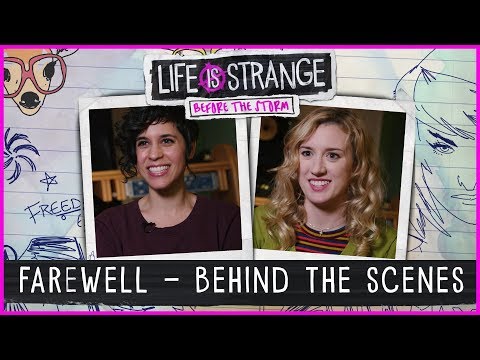