The Long Dark to be Adapted Into Live-Action Film

Hinterland’s The Long Dark is being adapted into a live-action film.

Canadian developer Hinterland announced today that their open world survival game, The Long Dark, will be adapted into a live-action film. To do this, the studio is partnering up with Resident Evil Producer Jeremy Bolt.  The film is currently in development between Hinterland Studio and Bolt’s production company, Bolt Pictures. While no director or actors have been announced, Van Lierop is confirmed to be writing the film’s script.

“My goal with Hinterland – starting with The Long Dark — has always been to create original entertainment properties that could span multiple mediums, exploiting the storytelling potential of each form. Partnering with Jeremy on this project is the first step in achieving that vision of true cross-platform storytelling in the world of The Long Dark.” said Raphael van Lierop, founder and creative director at Hinterland.

The Long Dark tells the story of bush pilot Will Mackenzie and Dr. Astrid Greenwood. After a geomagnetic disaster, the two become lost in the Northern Canadian wilderness. The two must learn to survive in the harsh post-apocalyptic  styled world as they explore the winter landscape of Canada.

In order to illustrate how The Long Dark will transition into a live-action movie, Hinterland has produced a five-minute film called Elegy. Elegy was written by Van Lierop and directed by Jared Pelletier. Hinterland brought in Oscar-winning actor Christopher Plummer to perform in the short film. 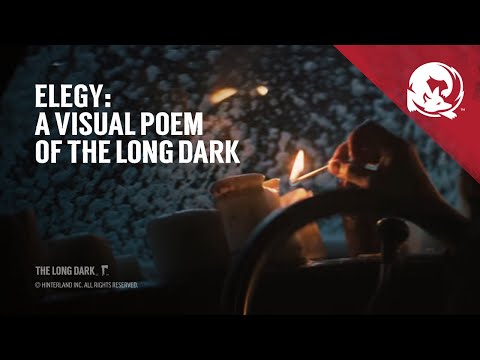 “I describe Elegy as a visual poem. Jared’s passion for the source material is evident — he really connected with The Long Dark’s artistic sensibilities, and the game’s unique sense of identity within its own fiction. I think Elegy stands as an example of the level of quality and the overall tone I’d like to deliver in The Long Dark film.” says van Lierop, who also executive produced the short.

The Long Dark is currently available on PC and Xbox One. It will also be available on PlayStation 4, starting tomorrow. No set release date for the film has been announced.