Lost in Space Reboot Announced and Coming to Netflix

A Lost in Space Reboot will be blasting its way to Netflix screens on April 13th of this year.

Lost in Space is a continuation of the 1960’s Lost in Space TV show and takes place thirty years after the original’s last episode. The show will focus on the Robinson family as they struggle to survive various alien terrains and space itself. As for the talent involved, Molly Parker and Toby Stephens will play Mr. and Mrs. Robinson and Taylor Russell, Mina Sundwall, and Maxwell Jenki will play their children. Netflix also released the show’s first trailer which is featured below. 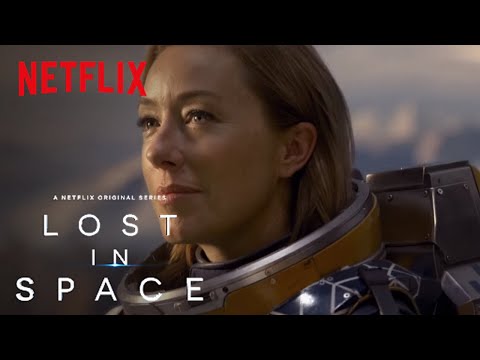 The original Lost in Space TV series ran from 1965-1968 and featured 83 hour-long episodes. Lost in Space was rebooted as a feature film back in 1998 featuring Matt Leblanc and Heather Graham.The movie cost a reported $80 million to make and grossed over $136 million over its box-office run. Since then the property has remained dormant and the new TV series is the first new development in some time.

It is unclear how many episodes the show will feature or if there are plans for multiple seasons, but we should learn more as we get closer to the release date. In the meantime, you can find Lost in Space’s Netflix page here and check out some teaser images below.

Liked this article and want to read more like it? Check out Brendan Frye’s Review of Netflix’s new Cloverfield Paradox film and Phil Brown’s review of the the Death Note Live Action film.