Mr. Shifty to Launch on Steam and The Switch on April 13

It is now official, Mr. Shifty is set to hit the Switch and Steam next week. In a press release, the CEO of tinyBuild, Alex Nichiporchik, announced that their team was ready to release the indie game to both platforms.

On Thursday, April 13 Mr. Shifty will debut on Steam and on the Switch. However, as for consoles, plans will follow in the future. As far as the game itself, it is a different kind of action-adventure. Setting from a top-down view, players must try their best Matrix impression as they attempt to break into the world’s most secure facility. Along the way, players will learn how to dodge bullets and master lightning-quick takedowns.

The key to survival is developing one’s skills. Players hold the distinct advantage of being able to transport through walls, be in two spots at once with the blink of an eye and one-shot kill the opponents. However, at any time the enemy can get the upper hand through group tactics if they are underestimated. To get a better idea, a Nintendo Switch announcement trailer was released. 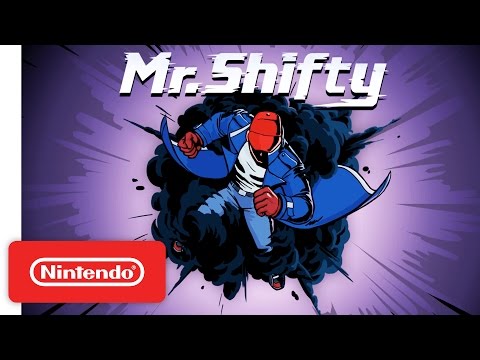 Nichiporchik had some high praise to say when he played the Switch version of the game.

“As a personal opinion, it plays fantastic on the Switch. There’s something very satisfying about HD Rumble and playing it in portable mode,” he went on to say. “Our team at tinyBuild Seattle worked on impossible timelines with Team Shifty in Australia to bring it to the Switch alongside the Steam launch, and I really hope everyone will appreciate the result.”

For the Steam version of Mr. Shifty, Steam keys will be launching on April 10, 2017. Players who were already in the beta are promised to have the game auto-update. However, there was no clarification to when the Switch keys will launch. Nichiporchik noted how they are not 100 percent sure when they will have them available.