Bloody Zombies is a one-to-four player co-op brawler developed by nDreams and Paw Print Games. Taking place in a London wasteland, players take control of a group of tough misfits working together defend themselves against a horde of zombies. The game will feature easily accessible moves while still offering deep combat with long executable combos. Players can unlock special moves and weapons, further expanding on existing combos. A unique feature for Bloody Zombies is that the game is being designed to play online or locally with any combination of TV and VR players. VR players will get to experience the game from a unique perspective, offering the ability to find in-game secrets. Bloody Zombies will combine British humour with exaggerated characters and over-the-top urban violence. 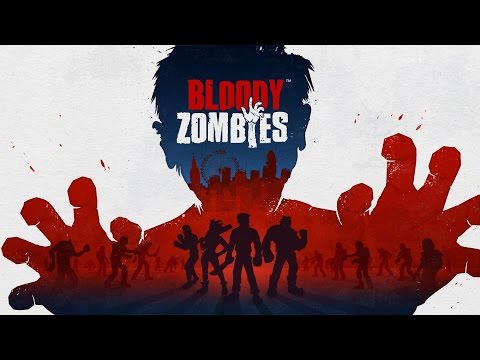 Paw Print Games is an independent game development studio located in Europe. Before forming Paw Print Games, the team previously worked on a number of popular titles, including many of the Lego titles at Travellers’ Tales. The company released its first mobile title called Kami Retro, a platformer released on mobile devices.

Since 2013, nDreams has been working with VR, creating titles for the Oculus Rift. The company’s first tech demo, SkyDIEving, became one of the most downloaded VR demos available. Since then, nDreams has increased the number of titles for VR devices. The studio released The Assembly for PC and PlayStation 4 in 2016, a first-person interactive story. The game mainly received criticism for its awkward control scheme. Last year, nDreams announced their partnership with Paw Print Games. A number of unannounced VR titles are still in development by nDreams.

Bloody Zombies is currently planned for release in 2017. The game will release on PC, PlayStation 4 and Xbox One, supporting HTC Vive, Oculus Rift and PlayStation VR headsets.