Mechs Arrive in No Man’s Sky With New Update 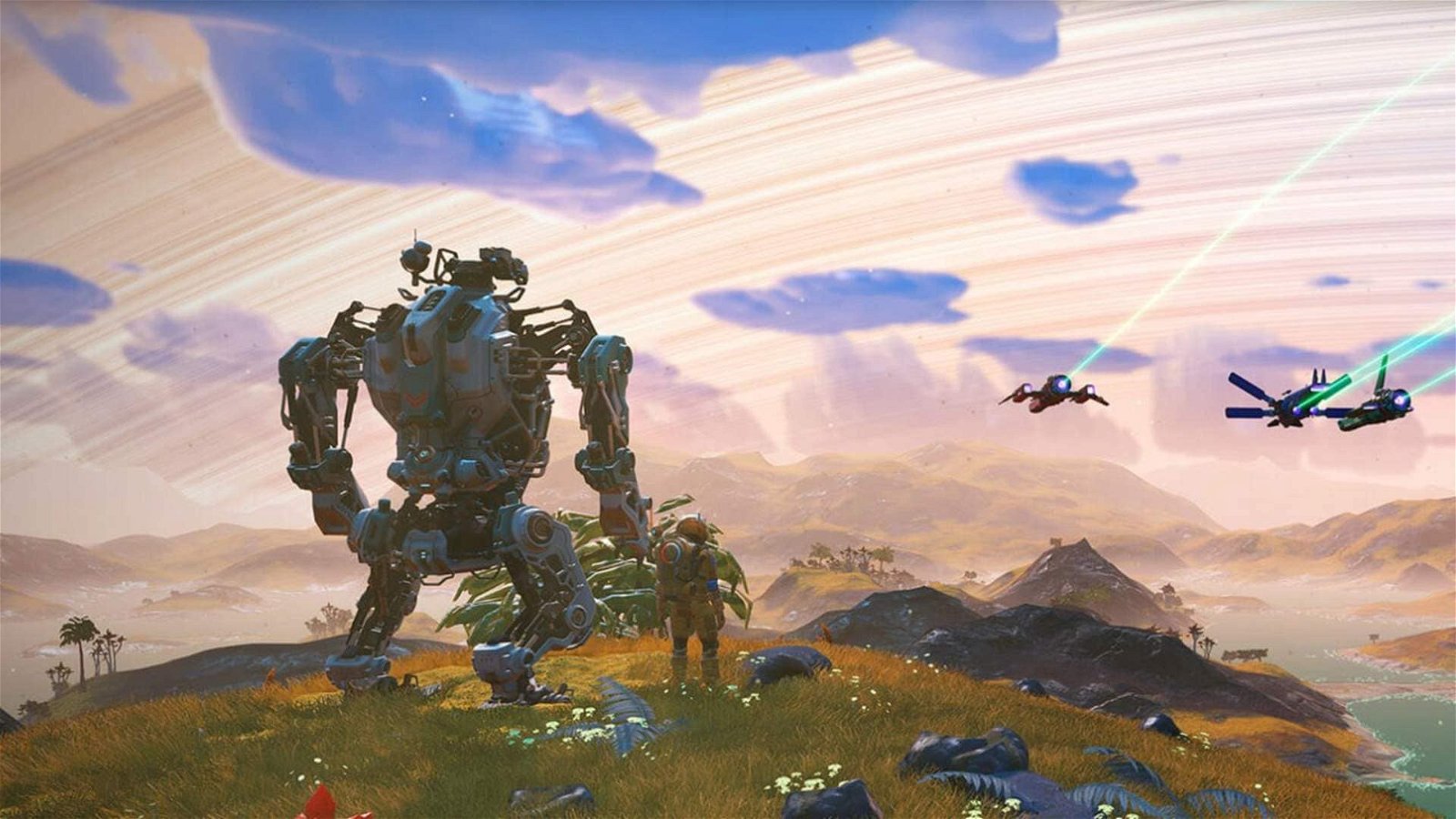 Open-world mech come in a free update to the latest version of No Man’s Sky, bringing explorers new ways to traverse over console and VR.

Players can summon them anywhere they want, triggering a cool drop animation that lets them climb into the suits and become a flying mechanical force of nature. The mech’s exploration features include over four types: Nomad, Roamer, Colossus, Minotaur and Pilgrim which each come in their own designs. The suits also come with resource scanners and surveillance drones which can be deployed to tell players about nearby loot. Its suits can also protect players from radiation and other temperatures that normally required stronger ships to navigate through.

Freighter-owners can also access the recipes to build more Exocrafts, showing up on the list as an Orbital Exocraft Materializer which comes in handy for keeping an inventory. Custom decals can also be added to favourite suits.

A PlayStation Blog post by Hello Games founder Sean Murray welcomed the new update weeks after their Living Ship update after players were able to grow ships from eggs (totally serious). “This seems more important now than ever,” Murray wrote, adding No Man’s Sky is working to deliver more frequent updates since it rebooted with the Beyond update last year.

“This mechanical walker shields its pilot against hostile extraterrestrial atmospheres, providing immunity against hazards such as radioactivity and extreme temperatures. Its special defining feature, though, is the freedom of movement it affords.”

Murray mentioned the update isn’t limited to VR systems as users could find the closest thing there is to a Titanfall experience inside a full-sized mech cockpit to explore the universe in.

The update is available to download now for all of No Man’s Sky Beyond‘s platforms as part of The Exo Mech Update. As a patch, Hello Games also included more graphical improvements and bug fixes for stability.

File Under: No Man's Sky, Update