Nvidia uploaded the Final Fantasy XV trailer to YouTube, confirming that the  console RPG would finally be making its way to the PC via Steam and Origin.

Aside from being available on Windows for the first time, Nvidia is promising that the new port brings with it a whole host of new features. Final Fantasy XV Windows Edition will utilize Nvidia’s Nvidia GameWorks SDK to enhance the already stellar looking game for PC.

The GameWorks architecture kit provides developers with tools that have been tailor made to deliver the best in technology and visual effects, such as 4K, ambient occlusion, texture filtering, anti-aliasing and more.

Final Fantasy XV Windows Edition will include the aforementioned option for 4k resolutions in addition to a host other new quality of life improvements that include:

Additionally, the game will feature a new first person camera, an easier way to capture screenshots—which includes filters and the ability to manipulate the camera—amongst other features. 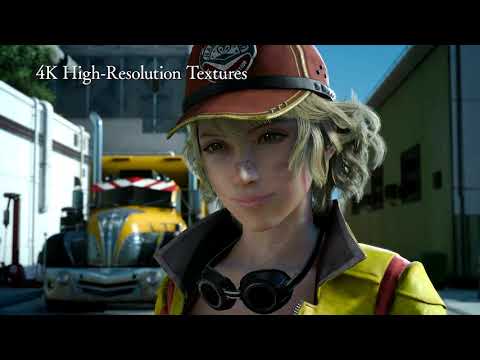 No definitive release date has been set for Final Fantasy XV Windows Edition, but the famed JRPG is scheduled to release sometime in early 2018.

Final Fantasy XV originally launched in late 2016 on PlayStation 4 and Xbox One. The game was later patched include a host of new features for the PlayStation 4 PRO.