Pizza boxes and boxers with the Catherine Deluxe Edition 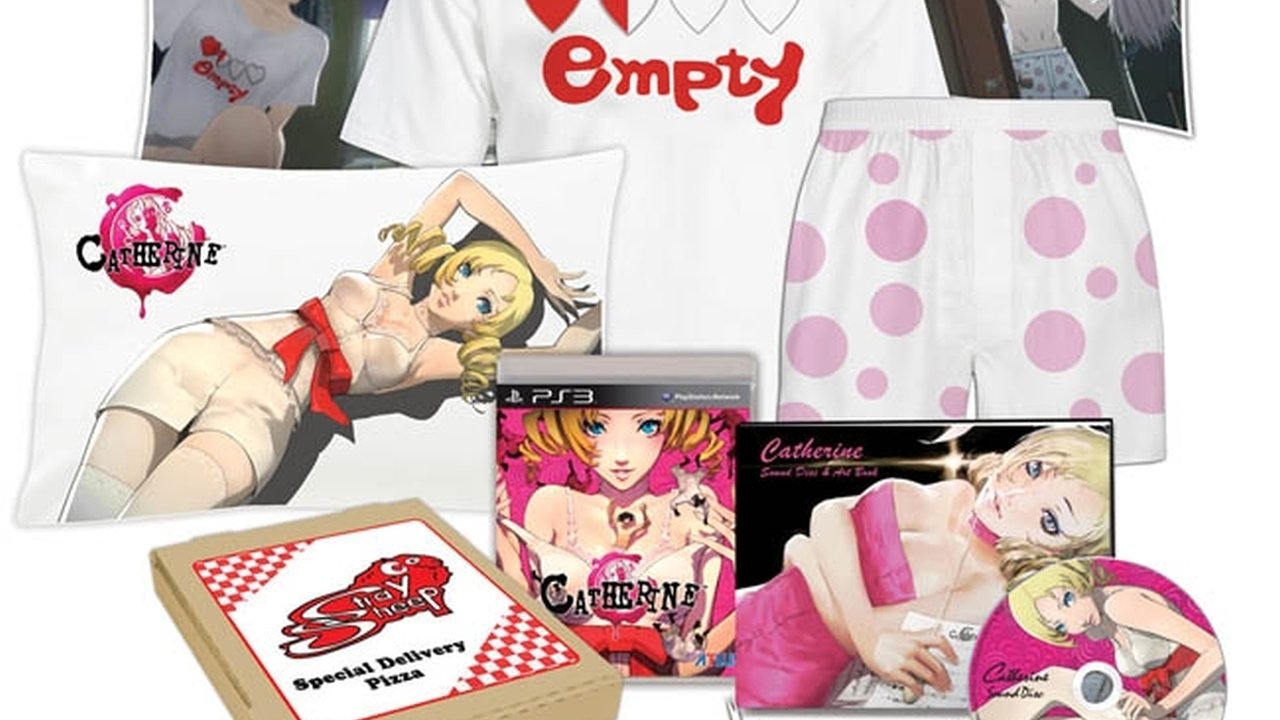 Catherine is the rare video game that is completely NSFW in every imaginable way – even Duke Nukem Forever has ‘safe’ segments with monster trucks and guns – and the inevitable special edition is literally cut from the same cloth. The newly unveiled “Love is Over” Deluxe Edition comes packaged inside an official Catherine pizza box (Catherine pizza not included) and contains an “Empty Hearts” t-shirt (Men’s Large), a pair of Vincent’s boxer shorts (also Men’s Large), and an official Catherine pillowcase.

So yes, the “Love is Over” Deluxe Edition allows you to make your own Catherine love pillow, although Atlus isn’t liable for any associated consequences.

If the Deluxe Edition is a little too intense for your tastes, Atlus has also announced some free extras for those who pre-order the game. Anybody who reserves either the standard or deluxe edition of Catherine will receive a 36-page Catherine art book and an 11-track CD with music from the game remixed by Shoji Meguro.

The CD and art book will be available from participating retailers while supplies last, while the steamier (and far more difficult to explain) Deluxe Edition “will only be built to pre-order demand and will not be available in large quantities.” You can check out the gallery below if you’d like to see what Atlus is offering, but you’ll have to act fast if you’re hoping to get your hands on all the Catherine extras.

The Deluxe Edition will be available for $79.99, while the regular edition will cost $59.99. Catherine is scheduled for release on July 26