Pyschonauts 2 has officially met its 3.3 million dollar funding goal, marking it as one of the highest crowdfunded videogames ever.

Fig, Double Fine and the videogame community have made history with the Psychonauts 2 crowdfunding campaign which achieved the largest campaign goal for a videogame ($3.3M). The goal was reached through a combination of reward and investment backing.

In a press release CEO of Fig, Justin Bailey said “The Psychonauts 2 campaign is the first video game crowdfunding campaign to allow unaccredited individuals to invest in the development and publishing of a video game and share in the earnings. This is the first of many campaigns that will allow everyone to financially share in a game, making it a true community experience.”

Tim Schafer also released a statement saying, “We’re so grateful to our backers for giving us this chance to continue the story of Raz and the Psychonauts. Knowing that they will be able to participate as investors in the game makes the whole thing feel more fair and more rewarding,”  Along with the statement, Schafer released a video thanking all the supporters. 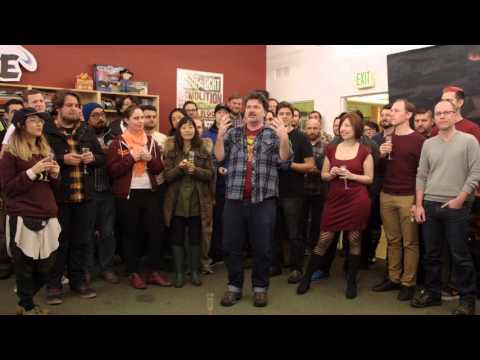 While it’s good to see a cult-classic like Psychonauts getting a much-deserved sequel, I’m still leery of these huge crowdfunding projects. In the initial video for the Psychonauts 2 campaign, Schafer details that the initial sales for Pyschonauts on Xbox was around 500,000, while the re-released updated version sales were double; 1,217,761 units sold to be exact. Much like the Shenmue 3 campaign, it seems odd to me that big name companies are still demanding for our money up-front, making us prove to them that we want a game, despite the overwhelming evidence that the want is there.