Hi-Rez Studios just announced that Realm Royale will be coming to the PS4 and Xbox One.

The base game allows players to loot weapons and gain abilities to create their own champion. Players must then ride on horseback away from the incoming fog and survive against their opponents in a fantasy battle royale.

Class options are also available in the game, and based on a player’s class of choice, they will get an arsenal of deadly abilities and weapons. While warriors can chug shielding potions right before jumping into battle, mages can sling fireballs as they soar through the sky. Meanwhile, assassins get to blink to locations and snipe their opponents. Other classes include the hunter who can equip a bow, as well as the engineer who can deploy turrets.

Weapon-forging is also possible in Realm Royale for the PC, but players should always watch their back, as their opponents can attack while crafting takes place.

Teamwork matters in this game, as it was designed to be played with a few friends, creating a four-person squad. For instance, teammates can help each other by dropping a healing totem to restore health or planting a sensor drone to grant vision. 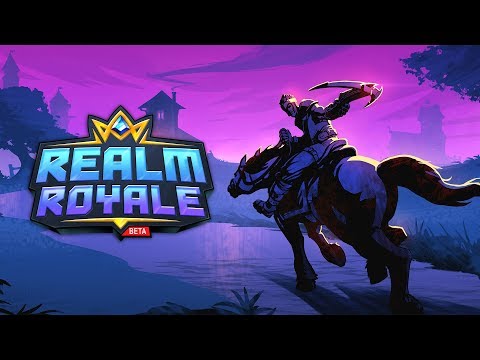 Realm Royale’s closed beta begins next week, and signs ups are available to players now on the game’s official website.