Development on Rogue Trooper Redux is underway, and to keep people talking about the remaster of the 2006 shooter, developer, and game and comic publisher Rebellion dropped a trailer detailing exactly what the game is.

Titled “who is Rogue Trooper,” Michael Molcher from Rebellion brought viewers up to speed about the upcoming game and the titular character. Believe it or not, but Rogue Trooper has been a staple in the world of comics for over 35 years in the 2000 AD series, standing with the likes of characters such as Judge Dredd. Rogue Trooper himself is a one-man army, a biologically enhanced super soldier designed to survive on the now poisonous Nu Earth.  His brain is enhanced with chips from three fallen soldiers, making him the perfect killing machine.

Molcher goes on to say that development on the title is not far along enough to show any real gameplay, but the trailer did end with the reveal of Rogue Trooper in HD. And for a game as old as it is, he looks great. 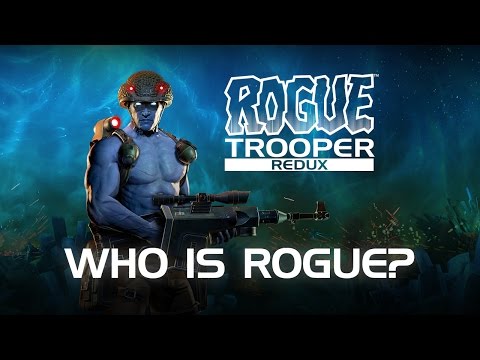 Interestingly enough, Rogue Trooper Redux will be available on the Nintendo Switch. It will be important to keep an eye on this title on that console for a few reasons. The first being, the high attach rate to anything for the console is seeing (1:5.5 is the exact number around launch). Another thing to keep in mind is there is a lack of more adult oriented titles on the Switch, and traditionally, shooters don’t always sell on Nintendo consoles. With that being said, the Nintendo Switch seems to have a more diverse audience, and the game did originally sell on the Wii.  The price point is another thing to keep an eye on.  Generally, titles appear to cost more for the Switch than on any competing consoles. Sega’s Puyo Puyo Tetris, for instance, costs a whole $10 more on Nintendo’s console at $39.99 than on the PlayStation 4, where it’s priced at $29.99.

The game itself is over a decade old, originally releasing on the PlayStation 2, Xbox and Wii consoles. Though it was praised as one of the pioneers of cover based shooting mechanics, and enemies with hitboxes that encourage creative kills.