Out Now: Rez Infinite On PC

Enhance Games may be hinting at a possible Rez Infinite port hitting PC sometime in the near future.

Enhance Games, the studio behind Rez, took to Twitter earlier today posting up a mysterious teaser video with the date “8.9” and the Rez Infinite logo in a type face similar to that used in the game.

Twitter user, Dead End Thrills, further collaborated with a tweet which suggested that that the game will be hitting PC with better textures and support up to 4k resolution.

The user in question works in the games industry, however right now Rez Infinite coming to PC is still a rumour. The date teased on Enhance Games’ Twitter account is set for today, so readers hopefully will not have to wait long for an official announcement if a PC port does indeed exist for the popular rhythm game.

Rez Infinite is based on the original Rez which came out all the way back in 2001 on the SEGA Dreamcast and PlayStation 2. The title was later brought over to Microsoft’s Xbox Live Arcade storefront, simply titled Rez HD.

The PlayStation 4 remaster brought with it more than just higher resolution graphics and VR support. The title also featured an all new area known as Area X, a level that was made ground up for the PlayStation 4 and PSVR platform.

Rez Infinite coming to PC would let in many new players who may have missed the PlayStation release, allowing them to enjoy the renowned rhythm game. 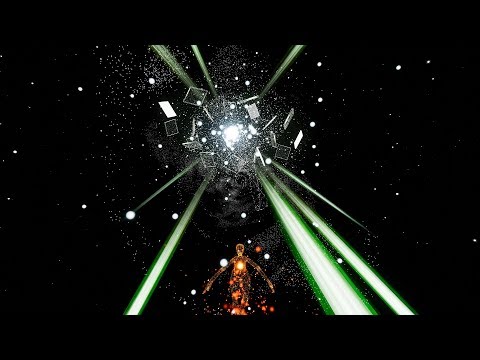