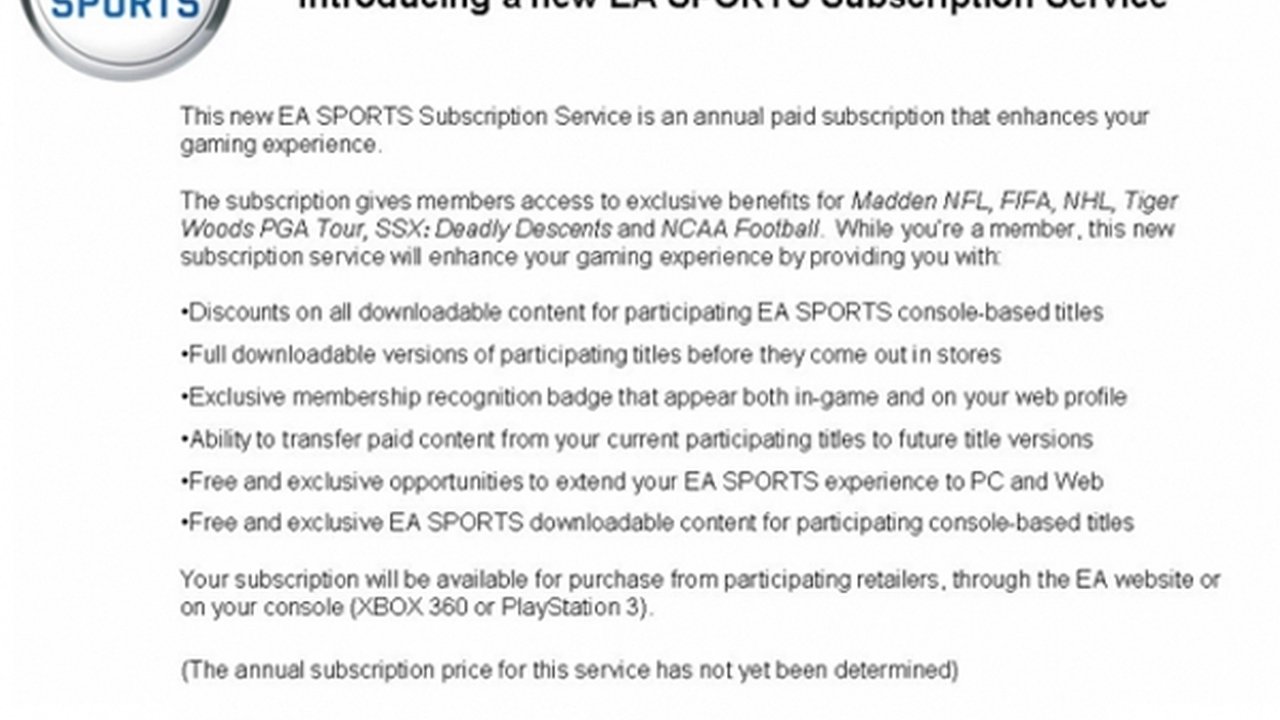 Free DLC and early downloads will blur the lines between annual releases.

Some leaked documents from EA have hit the Internet and indicate that EA Sports is planning to introduce an annual paid subscription service to provide fans with perks in major franchises like Madden, FIFA, Tiger Woods PGA Tour, SSX, and NCAA Football.

The service will reportedly give players discounts on DLC and access to exclusive content, and would even allow fans to download full versions of games prior to release and transfer data into future titles. For example, subscribers would be able to download Madden 12 a week before it appears at retail, while DLC – like, say, the extra courses currently available in Tiger Woods 12 – could similarly be carried over into Tiger Woods 13.

Additional documents show multiple subscription tiers ranging from $14.99 to $34.99. The better plans would offer better discounts, and an exclusive membership badge would appear on each customer’s profile. EA has not yet disclosed when they will launch the service, although subscriptions will apparently be available at participating retailers, EA’s website, and through the XBLA and PSN.