Scribblenauts Showdown Announced For PlayStation 4, Xbox One And Nintendo Switch

Scribblenauts is back, with Scribblenauts Showdown, set for release on the PlayStation 4, Xbox One and the Nintendo Switch on March 9th.

Scribblenauts Showdown will feature, brand new social elements that encourage up to four players to use their imagination in fun and challenging card based games. “Wordy” mini-games will give players the opportunity to utilise the vast Scribblenauts’ dictionary, containing over 30,000 words. 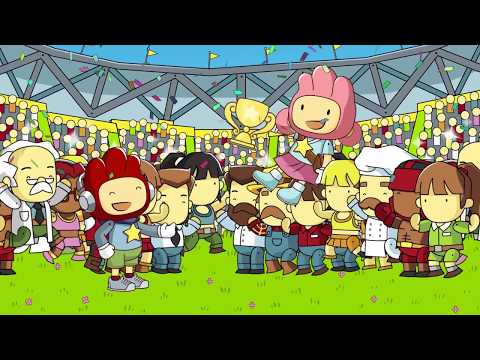 Speed-oriented mini-games will have players compete on a board game styled map, with multiple ways to make up ground, each player will have opportunities to win, making for an exciting and popular game mode for fans of multiplayer.

Versus mode will let two players go head-to-head in over 25 mini-games, shuffling each session. The versus mode can also feature a single player option.

For those craving, the creative elements that Scribblenauts is known for, the Sandbox mode in Scribblenauts Showdown offers up to two players with a brand-new, creative playground, spanning eight levels that require the power of imagination to solve and unlock hidden Starites and achievements. Like previous entries into the series, players will be able to summon objects and creatures by simply typing them out, opening up the potential for unexpected interactions and surprises.

Scribblenauts Showdown players will be able to customise their character in the unique Scribblenauts aesthetic, unlocking cool and quirky accessories by earning Starites and completing achievements.

Scribblenauts Showdown will be available March the 9th. The game will be the first title in the series to hit PlayStation and Xbox consoles with the PlayStation 4 and Xbox One and Nintendo Switch release. It will also be the first title to launch on a Nintendo platform since Scribblenauts Unmasked: A DC Comics Adventure, which released on the Nintendo 3DS, Wii U and PC in 2013.