SMITE Tactics gets a Name Change

Smite Tactics has now been officially given a proper name by Hi-Rez Studios — Hand of the Gods: SMITE Tactics.

Hi-Rez Studios has stated that the new game was meant to always be a full and standalone experience set in the SMITE universe. This new title for the spinoff game cements their goal of making the game a new full and stand-alone experience for both new players and fans of the original SMITE to enjoy.

Hand of the Gods: SMITE Tactics has been in closed beta for the past four months, this long period of testing has seen the game go through numerous updates and patches that have polished the overall experience since the initial launch. 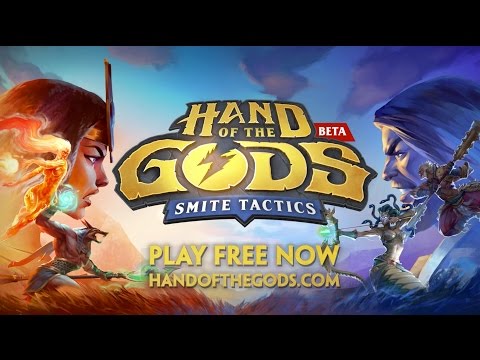 The beta has recently received The Roman and Chinese pantheons that bring both unique strengths and weaknesses for users to play with. The gameplay itself has evolved with the introduction of a final new objective for each match, which requires players to get summoning stones they can control. Finally, the closed beta also has received over a dozen new minions, gods and item cards to the game that add new levels of strategy and gameplay opportunities.

Hand of the Gods: SMITE Tactics marks Hi-Rez Studio’s first foray into using Unreal Engine 4 which has allowed for the developers to really push their creative vision forward and deliver a game that is equally fun to play as it is visually appealing.