Take-Two Interactive is forming Private Division, a new label that aims to publish games from the top creative talent from the independent game development scene.

Private Division will be a developer-focused publisher, with the primary goal of empowering independent studios in bringing out more games, thanks to the strong-backing provided by Take-Two Interactive.

Several upcoming titles are already in the works under the new label, including the previously announced Ancestors: The Humankind Odyssey from Panache Digital Games, a studio headed by Assassin’s Creed creator, Patrice Désilets. Next up, two RPG titles, the first, a unannounced title codenamed Project Wight, from the Outsider, a studio founded by ex-DICE developers David Goldfarb and Ben Cousins.

RPG fans can also look forward to a new title from Obsidian Entertainment, led by Tim Cain and Leonard Boyarsky, the co-creators of Fallout. Finally, a new sci-fi first-person shooter being developed by Halo co-creator Marcus Lehto over at V1 interactive is also currently in development under the new Private Division label.

“We have spent more than two years laying the groundwork for Private
Division, building an experienced publishing team and signing projects
with some the most respected and talented creative leaders in our
industry,” said Michael Worosz, SVP and Head of Independent Publishing
at Take-Two.

“We see a growing number of independent studios in our
industry creating high quality games based on new IP, and our focus is
supporting these types of developers and projects, and ultimately
bringing incredible experiences to gamers around the world.” 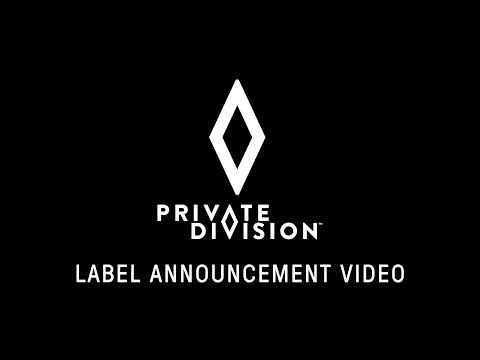 Private Division seems to have an eclectic roster of games already under the new label. Hopefully, with Take-Two’s support, Private Division will be able to help more studios realize their dreams and bring out more titles.

Liked this article and want to read more like it? Check out Zubi Khan’s Coverage of IO Interactive’s free Hitman Episode for the holidays.