Simply titled Tekken, the game is now available exclusively in Canada on both the Apple iOS app store and the Google Play Store.

Tekken on mobile will be available in other regions at a later date, however, those in Canada may download the game for free, right now. The just released fighting game is free to download, with the option of in-app purchases, which is becoming the norm with many popular mobile experiences and adaptations.

Those willing to shell out a few dollars can speed the up process of unlocking characters. Like many popular mobile and recent online games, Tekken on mobile features loot boxes that contain characters and other goodies inside.

Players interested in the title who happen to live in other parts of the world are encouraged to visit the games official website, where players can sign up to be notified for when Tekken on mobile launches in their respected region.

Unlike many other mobile renditions of already existing properties, Tekken on mobile is a fully featured title that does not skimp on the user experience. The game includes over 100 playable characters, all with unique fighting styles and abilities, 20 unlockable and upgradeable special moves for characters, and several different modes of play which include, Story Mode, Dojo Challenge, Versus Battle, and Live Event Challenges.

In Story Mode, players engage in a console quality campaign, which features a map based story, with unique encounters and super powerful bosses. Those who invest time in the story mode will be awarded special gear and the opportunity to take on unique challenges only found in this mode Mode.

In the Versus Challenge Dojo, players can fight against one another in online bouts. Additionally, in this mode, Tekken on mobile will also allow players to build up their teams and take on compelling monthly seasons, which reward fighters with unique loot.  The mobile fighting game also features ranked battles, giving those who are serious about Tekken or are just in competitive games, an incentive to jump in.

Tekken on mobile also features a unique Live Events option. This mode grants players with daily, weekly and even monthly special events, which help spice up the regular modes. Players can compete in battles that reward them with special, timed and exclusive gear. Rare and special event items will also play a part of the Live Events feature within Tekken on mobile. 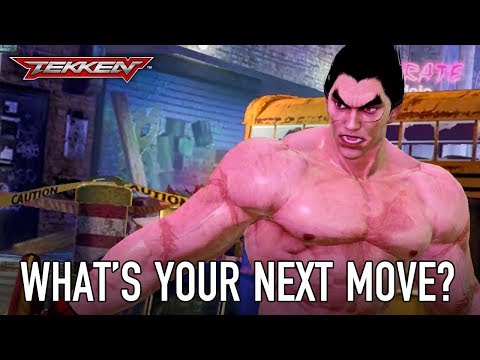 No release date has been announced for regions other than Canada at this time.