Telltate released a new trailer for Minecraft: Story Mode today and it looks like an intense adventure for the whole family.

In traditional Telltale fashion, the trailer for the third chapter in Minecraft: Story Mode showed off a lot of interesting new elements, increasing the tension and upping the drama. Within the trailer, the intrepid adventurers find the legendary End portal, which Minecraft players may know as the portal that takes you to The End, the strange place inhabited by the Endermen and the ferocious Ender Dragon. Meanwhile, an all-consuming Witherstorm is wreaking havoc on the land and it’s up to them to stop it.

Reviews for the first two chapters have been overwhelmingly positive, and from my own experience with Telltale games, the third chapter is usually the best. Hopefully, Chapter Three: The Last Place You Look will continue that tradition and bring the best the series has to offer to the table. 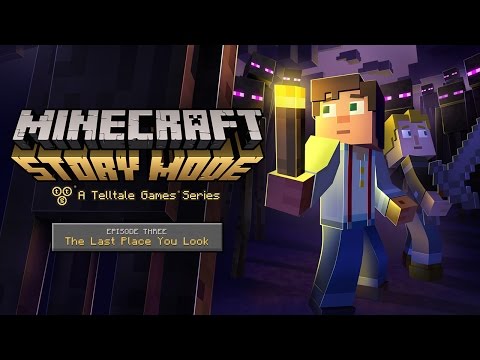