Beyond Good and Evil 2

Immediately following this spectacular opening, Ubisoft showed off a new trailer for Beyond Good & Evil 2. The trailer featured both new and familiar faces in a beautiful CGI feature, ending with a quick first look at Jade, the protagonist of the original title.

Pre-Alpha gameplay for the game was shown off, with highlights including the ability to seamlessly transition from aerial vehicular combat to more traditional on-foot gameplay. Joseph Gordon Levitt, co-founder of HitRecord and renowned actor, made a surprise appearance during the Beyond Good & Evil 2 segment. Levitt announced a partnership between HitRecord and Ubisoft. This new venture will allow creatives to contribute content for Beyond Good & Evil 2. Creative types interested in the community contribution effort are encouraged to check out hitrecord.org. to find out more details. 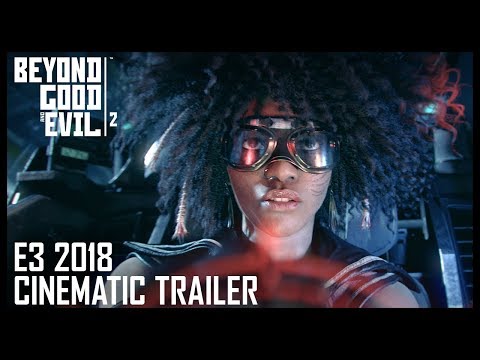 Operation Parabellum was shown off for Rainbow Six Siege, with Community Developer Justin Kruger taking some time to about the exciting world of Rainbow Six Seige within the eSports community. A small trailer for a documentary showcasing the exciting lives of some top-level Rainbow Six players ended the segment. 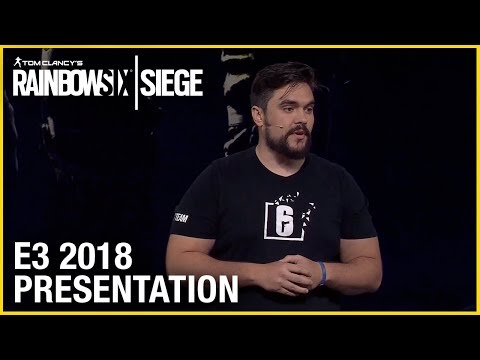 Trial‘s Creative Lead, Antti Ilvessuo took the stage in style, dressed in Evel Knievel garb and smashing into a (hopefully) mock podium before unveiling the latest entry into the series, Trials Rising, with a trailer. Trails Rising will be available February 2019, for PlayStation 4, Xbox One, and the Nintendo Switch. Fans eager to try the game can sign up for a closed beta, starting today. Finally, a short snippet of gameplay was shown off before closing and moving on to the next section. 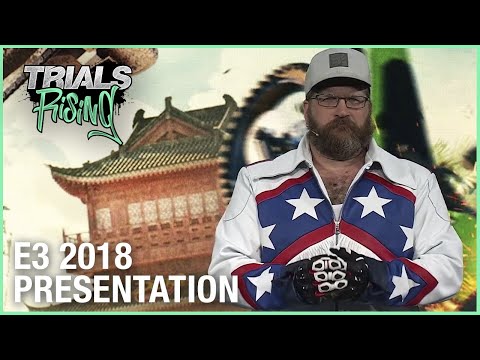 Julian Gerighty, the creative director for Massive Entertainment and The Division 2 took to the stage next, showing off a new cinematic trailer for the upcoming game. One of the bigger announcements regarding Division 2 is the inclusion of a raid mode featuring up to eight players. Three downloadable content packs will come to The Division in the form of episodes and will be completely free. The Division 2 will be available March 15, 2019 with plans for a beta. 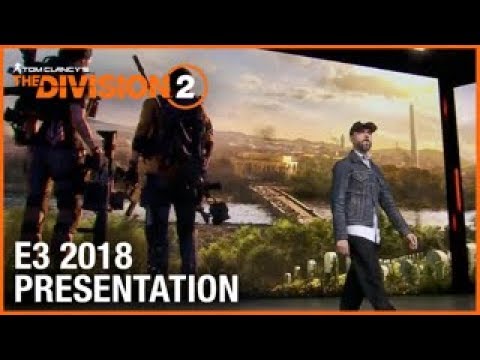 Lead producer Xavier Manzanares for Ubisoft Paris took the stage next, introducing a band that performed live over a video showcasing a video of the upcoming Donkey Kong Adventures downloadable content for Mario + Rabbids Kingdom Battle, which will drop on June 26, 2018. 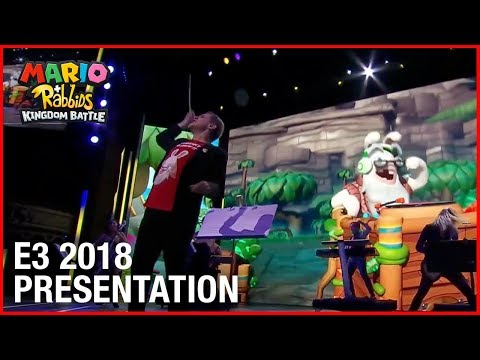 A new cinematic trailer for the anticipated pirate game Skull & Bones was shown off next. Creative Director Justin Farren was present to talk about the game. A gameplay feature that was given the spotlight during the segment was Hideouts,  which basically acts as the player HQ, letting players tweak and customize their ships. Finally, some naval combat against a powerful warship was shown off that ended the section.

Elijah Wood, actor, and co-founder of Spectrevision, along with Benoit Richer, game director for Ubisoft Montreal, took to the stage to talk about Transference, a game for both VR and traditional platforms, which was first announced during last year’s E3. A brand-new trailer for the game was shown featuring a very creepy and atmospheric blend of gameplay assets and live action video sequences. 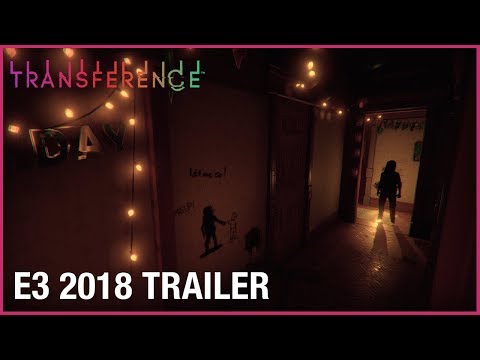 A new trailer for Ubisoft Toronto’s Starlink Battle for Atlas was shown, with the game’s creator Laurent Malaville entering the stage to talk about the title and tease fans with the inclusion of Star Fox‘s Fox McCloud and his iconic ship. Yves Guillemot joined Malaville to talk about the new collaboration while acknowledging and thanking Nintendo’s Shigeru Miyamoto by presenting him with a prototype of the Starfox figurine that will be featured in the retail release. Starlink Battle will be available on consoles October 16, 2018, with Star Fox being exclusive to the Nintendo Switch version of the game. 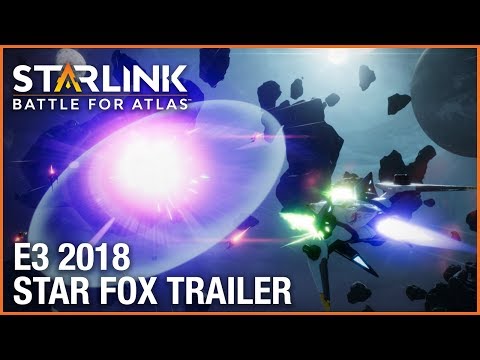 Fans of For Honor were greeted by Roman Campos Oriola thanking them for the positive support for the game, while also announcing that For Honor will be free from June 11 to the 18th on PC  through the U-Play service. Those who download the game during the dates mentioned above will be able to keep the game forever.

The update, known as Marching Fire will include a new 4v4 player multiplayer mode called Breach along with a whole host of new fighting styles, weapons, and the inclusion of a new Chinese faction known as the Wu Ling. 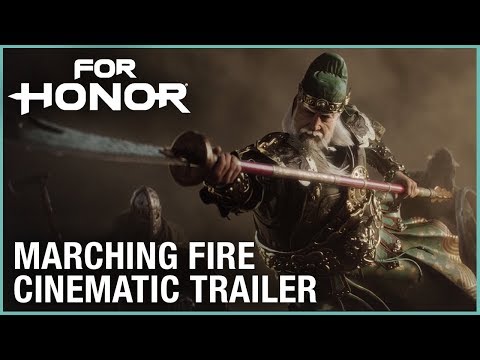 Delphine Dosset, the brand director on The Crew 2, talked about the upcoming open beta for the Crew 2 which will become available on June 21. A cinematic trailer for the game was shown off, featuring various modes of transports including both land and air vehicles. Players interested in the beta can preload it, starting today. 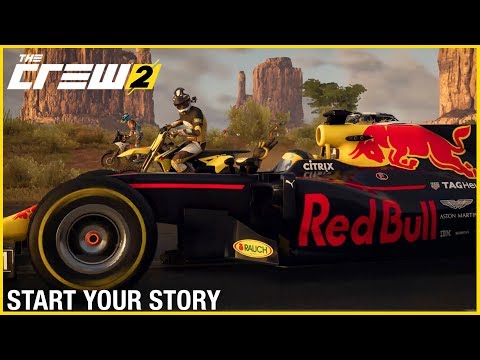 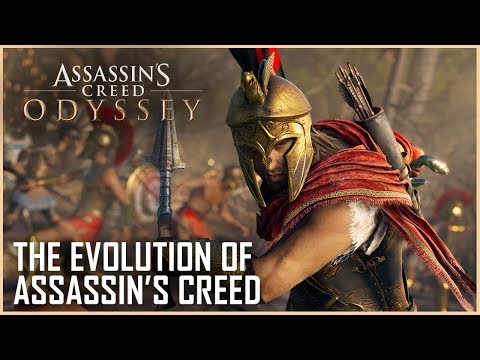 Jonathan Dumont, the creative director for Assassin’s Creed Odyssey talked about the world behind Odyssey, promising, “You’ll not just play an odyssey but you’ll play your odyssey,” alluding to the fact that the game will have two different playable characters that have their own unique campaigns. To end the segment, a full gameplay sequence for the upcoming title was shown off.

The Ubisoft E3 2018 press conference ended with Yves Guillemot and several other Ubisoft members thanking the audience and those in at home for attending their E3 event. Overall, The Ubisoft E3 2018 press conference seemed to feature a good mix of already known projects along with a few surprise announcements, such as the Starfox collaboration for Starlink.