Game developer Games Farm announced the release date of Vikings – Wolves of Midgard. The game will launch on March 28, 2017 on the PlayStation 4.

According to Games Farm, the action RPG follows a Viking whose clan is decimated by the Jotan. The player comes back from winter hunts to find his old chieftain dead and village in ruins. So now its up to the player to rebuild their home while fighting evil forces.

Games Farm also released a trailer for Vikings – Wolves of Midgard, showing a lot of the Diablo-inspired gameplay while displaying many of the features from game such as boss battles, two player online co-op and how to rebuild the villages.

In Vikings – Wolves of Midgard, players will have to think tactically when fighting bosses and be aware of surroundings as environments can have an affect on you. Freezing cold, poisonous fog and scorching heat can inflict damage on characters. Players can also collect resources and special runes. A key resource players will gather is blood. Players can use blood to level up, earn gift points and unlock a special called Gifts of the Gods. 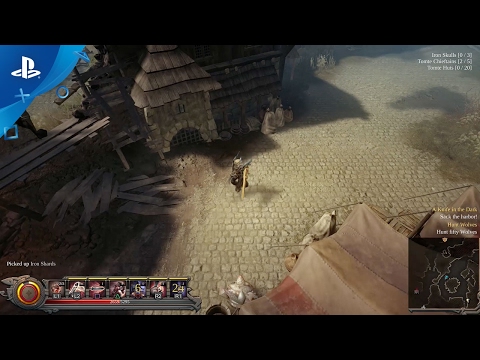 Players will also have access to an ability called Rage Mode that is pretty much a crazy power up. It enhances many stats and abilities and players can upgrade it to ignore enemy defences or increase the rate of critical hits.

Vikings – Wolves of Midgard support two-player online co-op. There are also two new game modes called “Game+ Mode” and “The Trials of the Gods”. The former is a mode where players can upgrade their characters to the fullest, maxing out abilities, mastering all weapon sets, and collecting all the gear in the game. The former is a mode where players will fight through waves of bosses and characters to get special equipment and runes.

The Sims 4’s Next Pack Returns to High School