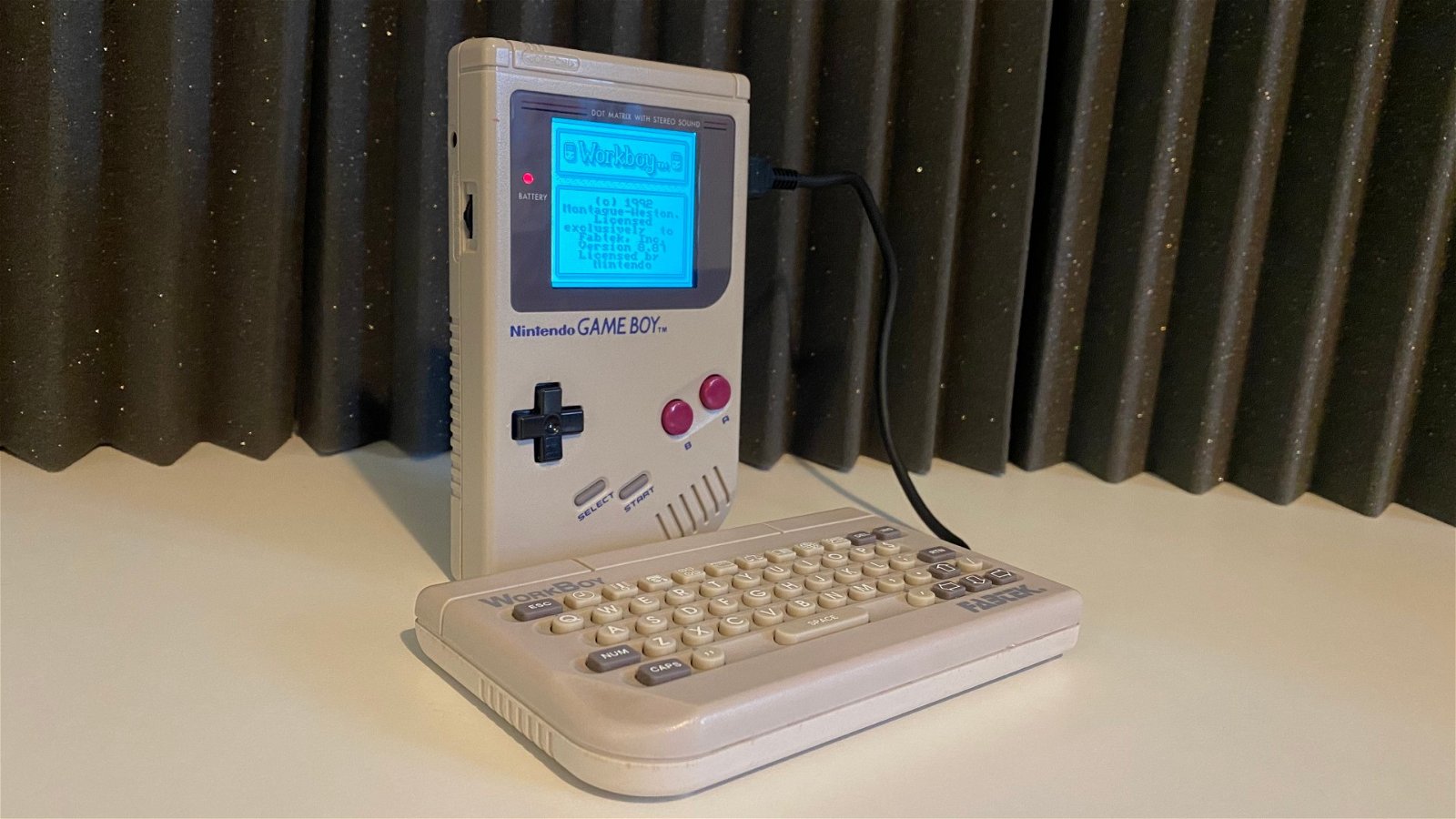 The Work Boy, an abandoned productivity peripheral for the original Nintendo Game Boy, has seen the light of day 28 years after its intended release, thanks for video game historian Liam Robertson.

The device, developed by Source Research & Development and produced by Fabtek Inc., was to be an official, Nintendo-sanctioned peripheral that would turn the groundbreaking handheld into a PDA. Functions included a phone book, conversions for currency and measurements, a clock, a calculator, basic financial tracking, and even references for global travel. It connected to the system via the link cable port, and consisted of little more than a QWERTY keyboard with an independent speaker.

Robertson chronicled his research in a new Game History Secrets video on Did You Know Gaming?’s YouTube channel. He interviewed Source founder Eddie Gill and Fabtek founder Frank Ballouz, and discovered that one of two known Work Boy prototypes had been in Ballouz’ possession all along.

The Work Boy was previewed in May 1992 issue of the Nintendo Power magazine (Volume 36), and on the UK’s GamesMaster television show. It had been slated to launch in December 1992 but was quietly cancelled. Ballouz told Robertson the decision was made in light of the Game Boy’s pending price drop, which would have rendered the system cheaper than the peripheral itself. The Game Boy had launched at $89.99 USD in 1989, and FabTek meant to sell their keyboard for the same price.

Had the accessory launched as intended, it might have been further hindered by an explosion at a Sumitomo Chemical Company factory in Niihama, Japan on July 4, 1993. At the time the factory produced the majority of the world’s supply of an epoxy resin used to protect DRAM chips, and the ensuing shortage would have severely impacted the Work Boy’s production.

Ballouz sent the prototype to Robertson, but without the accompanying software, it did not function. However, a development build of this software was obtained in the infamous “Gigaleak” this summer, and after burning the ROM to a blank cartridge, Robertson was able to get the Work Boy and its twelve applications functioning as intended. The version lost in Nintendo’s archives before the data leak was practically complete and ready for publication.

The world will never know how well the Work Boy would have been received. It would have arrived alongside IBM’s first PDA devices, and at a time when personal computers were incredibly expensive; even with the combined cost of the system and the peripheral, it would have undercut its competition immensely. However, like the PDA, its functions are now essentially standard for even the most barebones smartphones, and Nintendo may have had a hard time selling a game device to serious businessmen.

The Work Boy may have gone down as another kooky Nintendo peripheral, or it may have further fueled the fires of the Game Boy’s success. For now, it’s interesting to see a piece of gaming history preserved, and a spot of positivity emerging from a serious security breach.