World of Tanks: Mercenaries just launched as a global release. The game and its explosive new campaign is exclusive for the PS4, Xbox 360, and Xbox One. It involves a story where World War II never ended, shattering society to pieces.

In this new age of Mercenaries, soldiers and civilians alike fight for themselves and take dangerous on contacts to rise up as soldiers of fortune. With powerful new vehicles, unique hero crews, and additional maps, this campaign lets players new and old experience rewritten history and pure lawlessness.

In World of Tanks: Mercenaries, players collect parts from abandoned and captured vehicles to create new war machines. With the new Contract system, players can also earn never-before-seen Mercenary vehicles. When certain in-game objectives —  like destroying tanks from a specific nation in multiplayer battles — are reached, players can unlock vehicles from the new armada.

A unique Mercenary crew with their own playstyles, specialized vehicle, and backstories is also included in the game. Take Storm Hunter, for example. She is a Japanese freedom fighter who rides into battle with her tank destroy, Needle, to unleash hell and fury against her enemies.

Meanwhile, Crazy Snake is the guy to call for an aggressive barrage of shells to pester foes. He fights alongside the crew with his mighty light tank, Stubbs. Five vehicles are available in World of Tanks: Mercenaries now, and the Mercenary nation will keep expanding its ranks in weeks to come.

World of Tanks: Mercenaries also kicks off with a console-exclusive War Stories campaign — The Heist. It follows the tale of a Mercenary crew contracted to raid a secret war facility. They need to steal nuclear material for someone who has his own atomic ambitions.

However, it all comes crashing down when they are face-to-face with the combined powers of the United States and the Soviet Union. Players get to journey with The Collector, Don Quixote, and Borscht, as they try to make it out alive with a paycheck. The Heist can either be played alone or — like in true Mercenary style — with friends in the co-operative online multiplayer mode.

In addition to eight new Mercenary-themed maps, this new universe also has revamps of fan-favourite multiplayer PvP battle ones.

In the future, players can expect more Mercenaries content, including new crews, maps, additions to the Mercenary Tech Tree, and exciting in-game events. 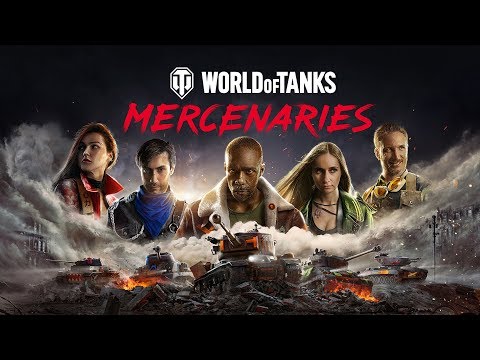 Liked this article and want to read more like it? Check out Zubi Khan’s article on World of Tanks.