Chief Sets a Bar for Other World Premieres 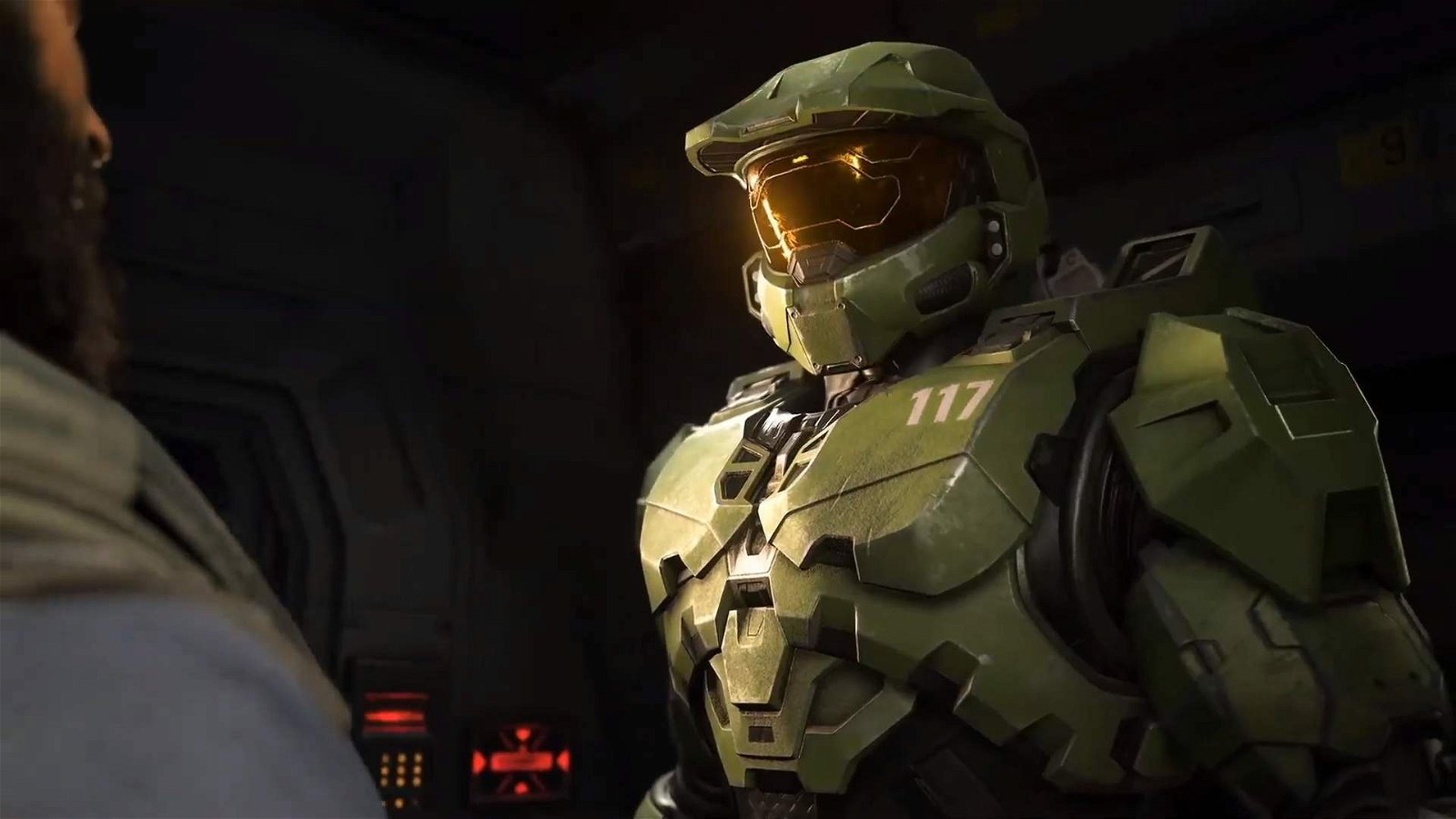 Xbox showcased over 22 upcoming titles and ten world premiere games as part of their latest Games Showcase for July 2020. Ahead of the Xbox Series X holiday release, the studio confirmed over a hundred titles (including backwards compatible titles) are available on launch while its anticipated Series X titles will be playable instantly on their Game Pass and Smart Delivery services.

Starting off with the anticipated gameplay for Halo Infinite, a brand new trailer profiled the Master Chief’s upgraded MJOLNIR armour, sporting thicker plates, a grappling hook and the iconic 117 printed. In a callback, the word “believe” was aded as a theme for its marketing.

The demo kicks off with a brief glimpse of Halo Infinite‘s menu before jumping into the pelican seen in Halo Infinite‘s original reveal trailer. The stranded pilot and Master Chief crash-land on a mysterious halo installation before embarking on a mission to destroy installations. Players can expect to see an open world, while multiple objectives let players approach a level in different orders. According to 343 Industries, the game’s world is a few times bigger than previous installments and runs seamlessly through the Series X’s capabilities.

Elites, Grunts and Jackals are all there to stop players, but the demo showed off Banished Brutes from Halo Wars 2 making a return too.

Helping the player are an arsenal of UNSC weapons, while the iconic assault rifle sports a look similar to Halo Reach. The demo also showed Chief with a DMR, tactical pistol, Brute Spiker and Plasma Repeater, which all make a comeback. Forerunner weapons are also expected since their appearance from Halo 4, and can be used with a new grappling hook. With it, Chief can grab explosive barrels to hurl at enemies and even weapons on the battlefield.

The end of the trailer showed a familiar glimpse of Banished Decimus, who closes off the trailer with a monologue. It also suggested the ending of Halo Wars 2 resulted in the Brutes becoming trapped on the new halo installation as well, while searching for a mysterious artifact to harness.

Xbox Head Phil Spencer made an appearance to confirm all of the announced titles can be played on the Xbox Game Pass, including Halo and Forza at native resolution at 60 frames per second. This was shown off with a trailer for the anticipated Forza Motorsport, which showed dynamic ray tracing over supercars and sun spot shadowing over asphalt.

RARE touches down on the Xbox Series X with a cel-shaded announcement of Everwild, with its trailer suggesting a brand new action adventure fantasy game. Its characters are seen with elemental powers and the ability to head dead creatures in an open natural environment.

Tell Me Why is a brand new interactive adventure game that will be coming to the Series X, with a new story starring two siblings who embark on a journey to discover secrets left by their parents. After experiencing an attack during childhood, the protagonist experiences visions that leads him closer to the truth.

Ori and the Will of the Wisps is coming to the Series X with Smart Delivery, sporting 120 fps and native 4K resolutions.

A trailer for vintage astro FPS The Outer Worlds: Perils on Gorgon expands on the original game with a new open world location. Filled with new missions and enemy types, players can progress through the expansion while using brand new weapons. One of these includes swords and a bigger arsenal of melee weapons such as a gravity hammer. As one of two expansions, Perils on Gordon is out on September 2020.

Obsidian games also announced Avowed, a brand new FPS action adventure game with a medieval fantasy backdrop. As an RPG, it’s suggested it features big battles and is built from the ground-up to feature a big universe for players to explore.

Developers from new studio Interior/Night presented an animated trailer for interactive Drama As Dusk Falls. Its story is told in still images, while it features a family on the run from police in the American outback. Players take on multiple characters across a few decades as they grow up and confront their own pasts.

A trailer featured Jack Black as the voice of a character in fantasy adventure sequel Psychonauts 2 coming to the Xbox Series X. Players become a young boy who enters a dark realm via. a large brain. The game is rhythm-based, with Jack Black providing most of the vocals across platforming levels.

Like a psychedelic music video, it features floating creatures players need to fight and chromatic camera effects. The game’s songs also power much of the game’s bosses, requiring players to use it to their advantage.

Xbox confirmed Destiny 2 will be coming to the Xbox Series X with enhanced 4K visuals and stable 60 frames per second. Its future expansions are also on the way, while the entire game can be accessed by Game Pass members when it launches. A brief trailer for Beyond Light adds a new chapter to Destiny 2, letting players take on challenging raids. Making players feel more god-like are a selection of ice powers that can be used to freeze enemies for crowd control.

A World Premiere for survival horror sequel S.T.A.L.K.E.R. 2 showed off dark, underground bunkers and an abandoned Chernobyl. But the environment is also filled with hidden supernatural tears, while experimental horrors wait for players below.

Console launch-exclusive shooter Warhammer 40,000: Darktide, which will be welcoming Xbox Series X owners on Day One. A story trailer showed four players squading up to fight hordes of mutants and familiar enemies based on the iconic tabletop game.

A trailer debuted for a new rhthm-based Tetris Effect: Connected, which brings the game over to Xbox Series X with enhanced visuals and new multiplayer modes.

Bloober Team is coming with a console launch exclusive for The Medium, which was previously announced as a inter-dimensional horror game. Its story revolves around a woman who can travel into a hellish version of reality and encounter horrifying creatures inhabiting the area. The Xbox Series X will be rendering both open world simultaneously while players will be frequently switching to both worlds at the touch of a button.

Crossfire X is a story-driven FPS which lets players manipulate time to complete missions. It also features a free-to-play multiplayer portion, while its single player campaign is sold separately.

The Xbox Games Showcase ended with a final surprise trailer for fantasy RPG Fable, which makes a return to the series on Series X. It also shows off an expansive open world, ridden by more light-hearted humor and a fairy which guide players.