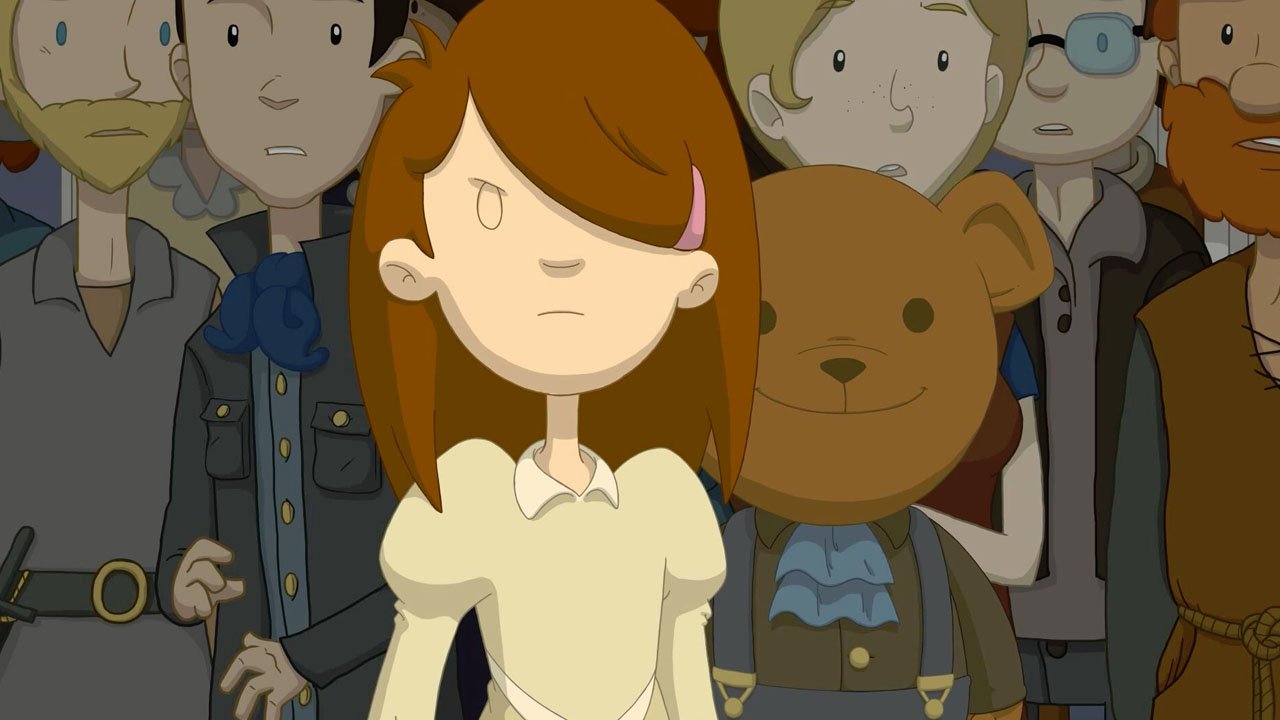 Let me start by saying that I’ve never really been big into adventure games. I played the odd few, and even liked a few like Space Quest and Grim Fandango, But the whole point-and-click genre in general was never my thing. I do, however, love a good story; especially one that’s grounded in folklore and dark fairy tales; so when Daedalic Entertainment released Anna’s Quest this month on Steam for Mac and PC, it definitely caught my interest. With its beautifully hand-drawn art and touching storyline, there’s no doubt in my mind that it’s a great gateway to get fans and newbies alike back into this genre.

The whole project started in 2010 as the brainchild of Dane Krams. Having grown frustrated with working in the film industry, Krams went back to school with the hope of becoming a children’s book illustrator. The more he thought about it and the more he drew, the more he decided that an indie adventure game would be the best medium for sharing his stories.
Anna’s Quest was a direct result of one of his sketches. No matter how many new ideas he came up with, he kept returning to a drawing of a little girl who would eventually become Anna. The sketch showed her in a pretty little bedroom filled with toys and games and a very peculiar machine in the corner. As Krams explains in an interview with Daedalic, “I thought she was cool; this strange girl with these strange eyes and hair coming over half of her face. I kind of wanted to know more about her and why she was in this weird bedroom with stuffed bears and a weird machine hanging over her chair.”

The story begins with a touching scene between Anna and her grandfather on their farm. Worried for her safety, Anna’s grandfather warns her of the dangers in the world beyond the farm, and asks that she does not leave. However, he soon falls ill from a mysterious illness. Desperate to save her grandfather, Anna goes against his wishes and leaves the farm to find a cure. Her journey is cut short as she is immediately kidnapped by the evil witch Winfriede, and is jailed in a bedroom. It is very clear that Winfriede plans to use Anna for some sort of nefarious purpose, and she must find a way to get out of there before it’s too late!

As Anna explores her new prison, she discovers another prisoner hidden among the stuffed toys. Ted, a young boy who was cruelly turned into a teddy bear, befriends Anna and warns her against angering the witch by trying to escape. Anna is undeterred and continues to search for a way out, but before she’s able to do so, Winfriede orders Anna into the machine and begins her experiment. As a result, the witch unlocked secret telekinetic powers within Anna, which she could now use to help her and her new-found companion Ted escape.

Upon their escape, Anna continues on her journey, hoping to find a cure for her Grandfather. She travels the world, meeting characters clearly inspired by classic children’s literature, from Aesop’s fables, to the Brothers Grimm and Hans Christian Anderson, and old European folk tales. The world that Krams created for Anna’s Quest really captures the fairy tale/European folklore feel. It’s whimsical and mystical, with very dark, sinister undertones such as child-eating witches, and lake maidens ready to drag children to their watery graves. This was a natural decision for Krams, as he explains.

“That all came about because the original idea was that there was this witch that kidnapped Anna. I mean I just love witches. I love that kind of fairy tale dark European setting. As soon as it became more than just the one bedroom and the world was going to expand, then I had to consider, well, this world has witches, it has kidnapping witches, it has ghosts that you can talk to. So straight away the Brothers Grimm and Hans Christian Anderson, Aesop — all of that comes to mind. And so I started digging through them and drawing more inspiration, and was finding more of these great characters and settings and situations that were almost making a story and adventure game all on their own.”

The choice to use different areas for each chapter, I felt was a wise one. Each section is quite different from the last, in its tone, characters, and even humour, which clearly showcases the amount of world building and detail to backstory that Krams and his team put into Anna’s Quest. He created some truly notable characters such as Rink, the crazy old hermit at the top of a mountain, and the unionized orcs who were just so over the amount of red tape they had to go through working in a castle dungeon. There were character callbacks to classic fairy tales, such as the independent Cinderella who longed to become a royal knight. Although it took a bit of getting used to, the quirky humour peppered throughout the game was worth the wait.
As for the gameplay, since there are certain expectations a player has when choosing a point-and-click adventure game, there is very little leniency in variations with the mechanics. Yet, Krams still sought a way to make his 2D adventure stand out. He was inspired by adventure game verb coin games; specifically, ones that gave players the option to lick, or smell, or kick an object. That was how the idea for the telekinesis ability came about. What was especially intriguing about this aspect of the game was the fact that not only can it be used to change select parts of the environment, but players can also use this ability to change objects that have been collected throughout the game. There’s also a handy little mechanic that highlights any objects that can be explored. Now, if you’re thinking that would make the game far too easy, don’t you worry; there are plenty of red-herrings to throw you off your problem-solving trail.

The puzzles themselves are not particularly difficult. There were a few times I was stumped, thanks to those previously mentioned red-herrings, but the patterns to solving the puzzles were familiar, yet not terribly repetitive, since there was a good variety of them. Since the game is very heavy on dialogue, there is always some sort of hint to be found in the cutscenes or discussions with NPCs. For that reason alone, this is a great game anyone interested in trying this genre for the first time.

It is a very beautiful game. The hand-drawn animation style uses rich background design and appropriately cartoony characters that really contribute to the overall folklore feel of the game. The music pairs masterfully with the artwork and really helps to draw the player in to this ethereal world; it truly feels like you’re playing through a children’s story book. Each chapter area is expansive with so much to explore. The amount of detail is reflective of a game that was five years in the making.

There were a few elements of the game that could have improved the overall core experience, though. Some of the voice acting was a little tedious at times. The voice of a few of the characters felt a little too cutesy and grated on my nerves, especially when you had to talk to them repeatedly with the hopes of uncovering a clue you may have missed. It also takes a very long time to get to any really entertaining interactions in the game, although when you finally do, it’s well worth it.

At times, I wasn’t sure who the target audience was, especially in the first chapter. Even with the dark elements of the scenario, the subject matter and style of dialogue made it feel as if it was targeted for a young audience. As the game progresses, however, this greatly improves through the use of dark humour and introductions of interesting characters. The dichotomy between the first chapter and the rest of the game might be jarring, but as a player it’s worth sticking through that section to get to the best parts of the game.

Anna’s Quest overall is an enjoyable experience for fans or newcomers to the adventure game genre. Despite my past history with these games, I found myself deeply engrossed in the story and artwork, eager to find solutions and solve the puzzles. As this is Dane Krams’ first shot at developing a game, I look forward to seeing what new games he can bring to the table with a little more experience under his belt.

Anna’s Quest was a direct result of one of his sketches. No matter how many new ideas he came up with, he kept returning to a drawing of a little girl who would eventually become Anna. 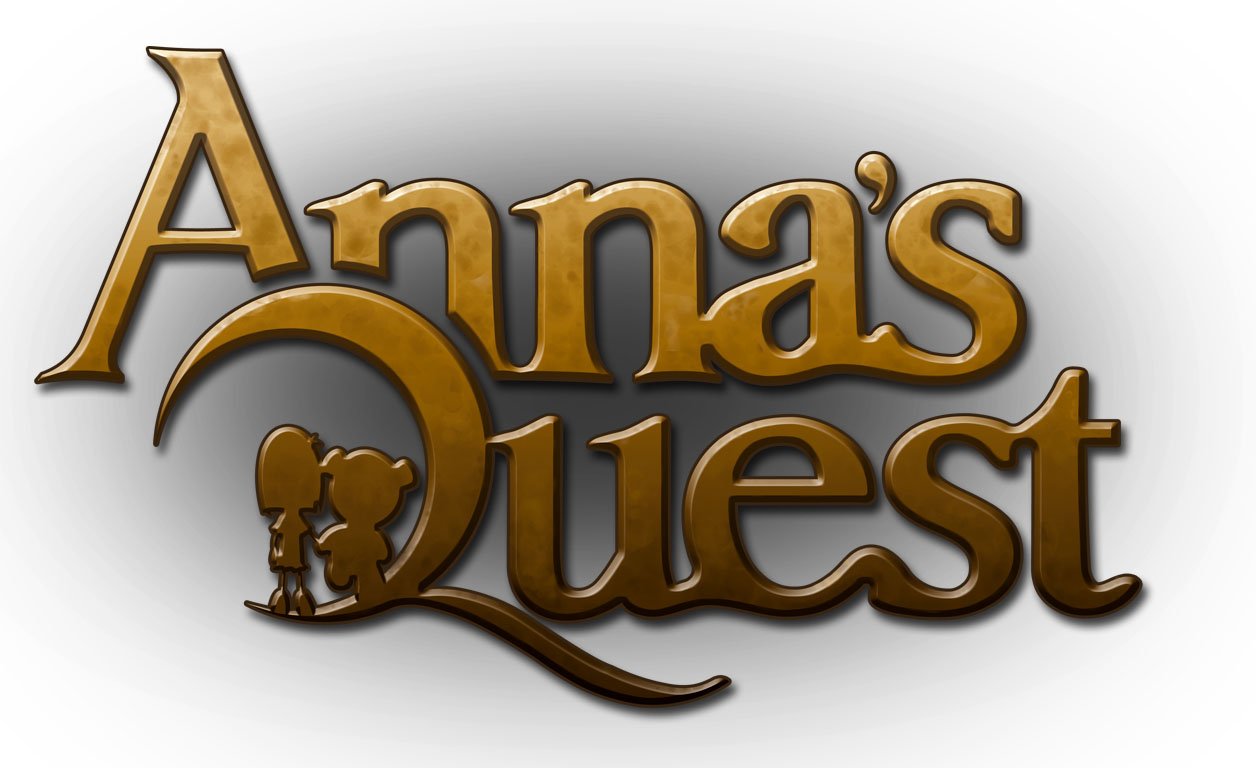