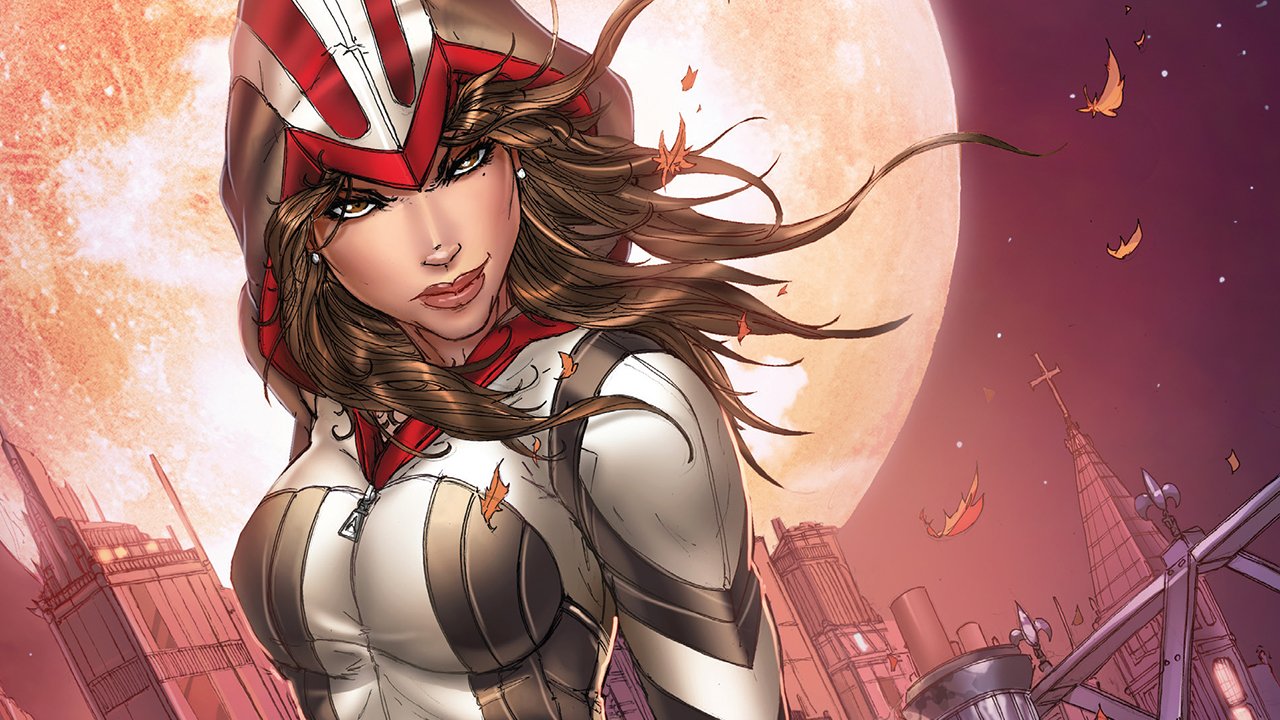 There’s no reason why I shouldn’t like this book. It stars a young woman, builds on the interesting premise of Assassin’s Creed’s unique fiction, and dips into the strange, hyperbolic era of the Salem witch trials.

But it lacks cohesion. Perhaps it’s the book’s reliance and assumed knowledge on the reader’s part, but I read the entire book with a nagging, lingering sense that I was missing something more.

Charlotte de la Cruz is a disenfranchised millennial. She’s disgusted by elitism, feels stifled by the powerful, and sees herself as an outsider with the ability to affect change. Other than an intro sequence showing her proclivity for gaming and virtual reality headsets, that’s really all we know about her. And, based on that information, we’re expected to understand and connect the revelations over the next few pages.

Problem is, it all feels so forced, rushed quickly out the door in order to launch the plot into the ‘good parts’.

Hence, her completely unbelievable and unrelenting mantra of “I’m in” whenever faced with a new development in the story. Members of The Brotherhood of Assassins sneak into her apartment and wait for her arrival home, at which time they reveal who they are and give her a “You’re a wizard, Harry” moment. She’s in. They ask her to make an impossible leap to safety over buildings. She’s in. She insists on going back into the Animus after being made sick by her first try. After all, she’s so in.

Even the artwork toes an odd line between subtlety and railroading through the story. Dialogue scenes are often minimalist and bland, with off-putting expressions on the character’s faces not matching the words spoken. Far more attention has been paid to the action sequences, which range from confusing and muddled to genuinely weighty and realistic.

As could be expected with any video game adaptation property, Assassin’s Creed: Trial by Fire assumes a great deal of knowledge on the reader’s part to fully understand what happens in Charlotte’s story. In order to fully grasp everything, you’ll need to know the long-waging war between the Assassins and the Templars, the inner workings of The Brotherhood’s organization, the lore behind the pieces of Eden, the aims of the Abstergo Corporation, how the Animus functions, and what the Assassins intend to do about a possible traitor.

What remains unclear is how much the characters within the story know. Once she finds out she has an Assassin ancestor, Charlotte seems surprisingly well-informed and comfortable with the news of her video games being actual memories, VR headsets being used to collect data (a development that is never fully explained), and a traumatic attack in her apartment that, at one point, causes her to witness a knife flying through a man’s head inches away from her face. She bounces back quickly, however. After all, she’s so in.

Even her reaction is unbelievable to borderline ridiculous. When the members of The Brotherhood show up and reveal themselves, she responds with an excited fist pump and enthusiastic “Yes!” Once questioned, she reveals they’re a well-known entity on internet conspiracy boards. And just like that, we are led to assume she’s a conspiracy theorist as well as a political activist and a socially-conscious young woman, all through absurd leaps of logic.

The road to hell is paved with good intentions, and Assassin’s Creed: Trial by Fire part 1 walks it with a flaunted, undeserved strut. There’s potential for a decent story here, but it’s hindered by an incessant need to rush through the setup as quickly as possible to get to the assassinations by hidden blade. Perhaps as it continues throughout its five-part arc it will begin to cool and allow story elements to gel, but this first issue doesn’t leave me with the best impression.

Final Thoughts
The road to hell is paved with good intentions, and Assassin’s Creed: Trial by Fire part 1 walks it with a flaunted, undeserved strut.
More From CGMagazine