ASUS Has a Winner with This Gaming Laptop
SCORE: 9/10 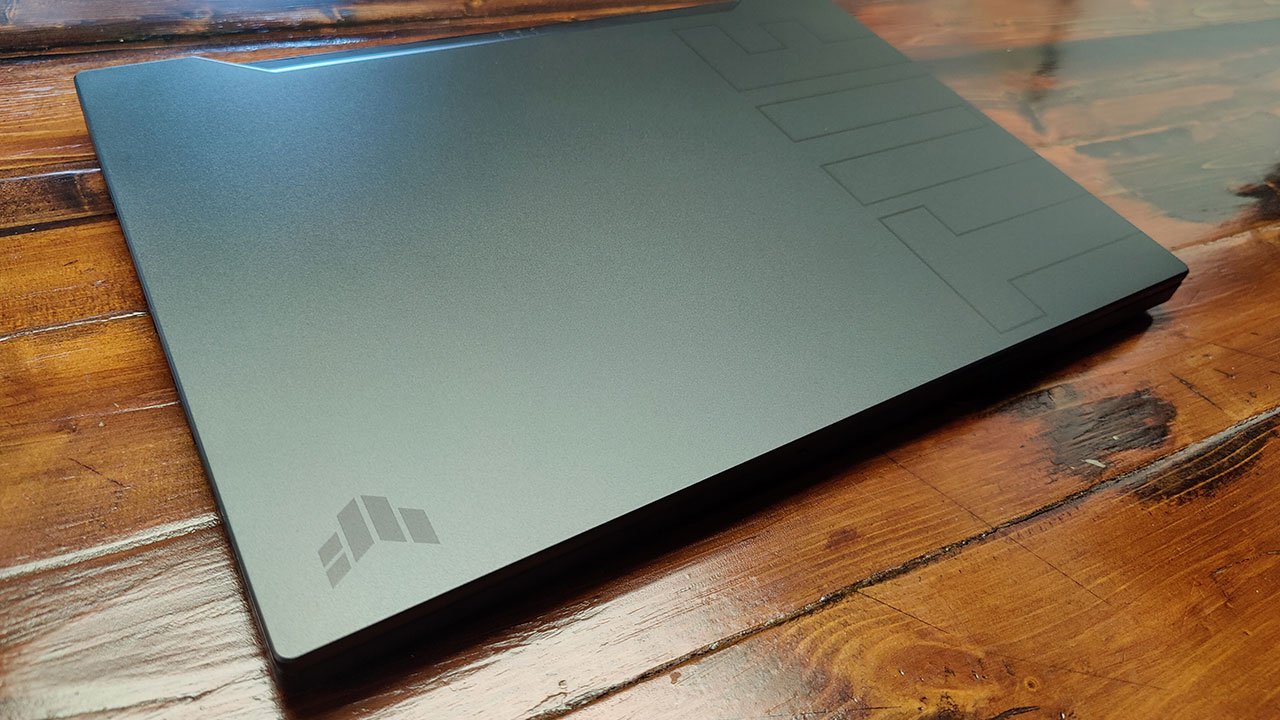 For the longest time, I avoided gaming laptops. There was something about carrying around a device that weighed as much as my PC at home that put me off from purchasing one. You could absolutely tell when they were gaming laptops as well. It seemed like manufacturers (I’m looking at you Alienware) wanted to be as obvious as possible to let people know that “This is a gaming laptop! Isn’t it great!? Look at all of the lights and isn’t our logo awesome and huge?!” After getting my hands on the ASUS TUF Dash F15, I can’t see how I ever lived without it.

ASUS has managed to combine the power of a high-end gaming laptop, the battery life and the professional style of a notebook, and a display that rivals some monitors out there. The device itself is absolutely gorgeous. The Eclipse Grey model tested could possibly be the prettiest computer I have ever seen. I love the elegant simplicity of the laser etched TUF logo on the lid. When you open it up, you can see some subtle ridging on either side of the keyboard which is a very nice balance and breaks up the smoothness of the rest of the computer.

One of my favourite things about the Dash F15 is the keyboard. The keys feel great under my fingers and don’t have to be pressed in very far to register the key being depressed. The keyboard is also backlit with a lovely mint green colour and the WASD keys match the lighting, while the rest are the typical black that matches the inside of the computer. The only thing missing from this keyboard is the number pad on the right side. As someone who tends to use that rather than the numbers above the letter keys, I found it hard to get used to this at first, but it’s almost second nature now after only a few days.

“ASUS has managed to combine the power of a high-end gaming laptop, the battery life and the professional style of a notebook, and a display that rivals some monitors out there.”

The TUF Dash F15 comes in at your standard 15.6” screen, with a matte finish, that which I was most thankful for. In the past I have used non-matte displays and found myself blinded by glare and reflections. The screen is full 1080p HD at 1920×1080 resolution and boasts a 240hz refresh rate with a 3ms response time. There is a very thin bezel around the screen as well, maximizing the amount of screen that is available to look at.

ASUS has opted to fit the TUF Dash F15 with up to an Intel i7-11375H processor clocking in at 3.3 GHz using 4 cores. You can also get this up 5.0 GHz if you need the extra power. This will allow you to keep your most resource heavy tasks running smoothly and problem free.

Having enough hard drive space is something every gamer and professional needs, and ASUS has not skimped on storage here. They have supplied up to a 1TB M.2 NVMe PCIe 3.0 SSD to get your programs like Steam, or Photoshop open as quickly as possible, so no time is lost when in a crunch. Not only are the speeds of the SSD prevalent, but the amount of storage is also fantastic. 1TB is more than enough to hold your videos, photos, games and more and still ask for more.

The TUF Dash F15 would not be a high-end gaming laptop without a high-end GPU, and ASUS has provided good options here; up to the NVIDIA GTX 3070 with 8GB of GDDR6 video RAM. There were fewer things more satisfying to me about this computer than being able to run Destiny 2 and Assassin’s Creed Valhalla at maximum settings and not see any issues with frame rate or graphical glitches.

Whether it’s a marathon game session in Destiny 2 or editing that video for an upcoming conference at work, a second (or third) display can always be set up by employing the Thunderbolt 4 port. The Thunderbolt 4 port supports up to 8K video and multiple displays to make your tasks easier to see and organise.

The very first thing I noticed about the Asus TUF Dash F15 when I took it out of the box was the size and weight. It weighs in at a paltry 2.0kg (4.41lbs) which is staggering to me. They’ve managed to cram in so many features and keep the weight down at the same time. In terms of size, ASUS have been able to get this device down to a minimal 19.9mm thickness. These miniscule dimensions mean that you can take it on the go and not have to be worried about running out of space in your bag, backpack or briefcase, whatever works!

Speaking about taking the computer on the go, let’s talk battery life. ASUS has put a battery in this computer that gives 16.6 hours of on the go use. Now obviously this varies with how the computer is being used, but 16 hours is amazing for a regular laptop, not to mention a gaming laptop. If you do need to plug in, the 200w charger will get you back up and running pretty quickly too.

“ASUS has created something incredible here with the TUF Dash F15”

Staying connected and getting the fastest network speeds is not a problem for the ASUS TUF Dash F15, features WiFi6 capability and Bluetooth 5.2. It also boasts up to 32 GB of DDR4 3200 RAM to make your multitasking feel as effortless as ever. In addition, the TUF Dash F15 also comes with 3x USB 3.2 Gen 1 Type-A ports, 1x RJ45 LAN port, 1x 3.5 mm Combo Audio jack, 1x HDMI 2.0b port, and 1x Thunderbolt 4 support DisplayPort/power delivery port. The only other port on the device is the DC-in so that you can plug in to charge the battery.

There are, unfortunately, two things that I am a little disappointed about with the TUF Dash F15. There is no on-board webcam, and the audio isn’t as good as I wanted it to be. Let’s talk about the webcam first. Plainly, there isn’t one. This makes streaming and video conferencing a little difficult. Though you can always attach a third-party webcam, having one built in would be far more convenient.

As for the audio, I am just not pleased with the sound. ASUS has loaded two speakers with 4 cut-outs to deliver the audio, but it just doesn’t sound good. The speakers above the keyboard project the audio well enough, but it isn’t directed at anything, so it sounds less than ideal.

The other two speaker cutouts are underneath the computer on either side of the touchpad, and they are facing directly down. They simply give out audio that bounces off the desk (or your lap) and goes nowhere. When the laptop is set down, the speakers are covered causing muffled audio, which isn’t the best way to immerse yourself in a game.

Though I had a few small gripes, ASUS has created something incredible here with the TUF Dash F15 from the sleek style to the future-proof hardware, making this device worth your attention. If you are looking for a laptop that fits every aspect of your gaming and professional life, look no further than the ASUS TUF Dash F15.

Despite there being no camera and the audio being less than ideal, the TUF Dash F15 is an amazing laptop and will easily do everything I want it to and aims to be future proof. 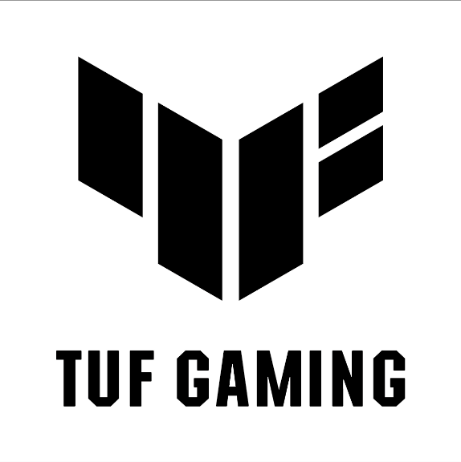