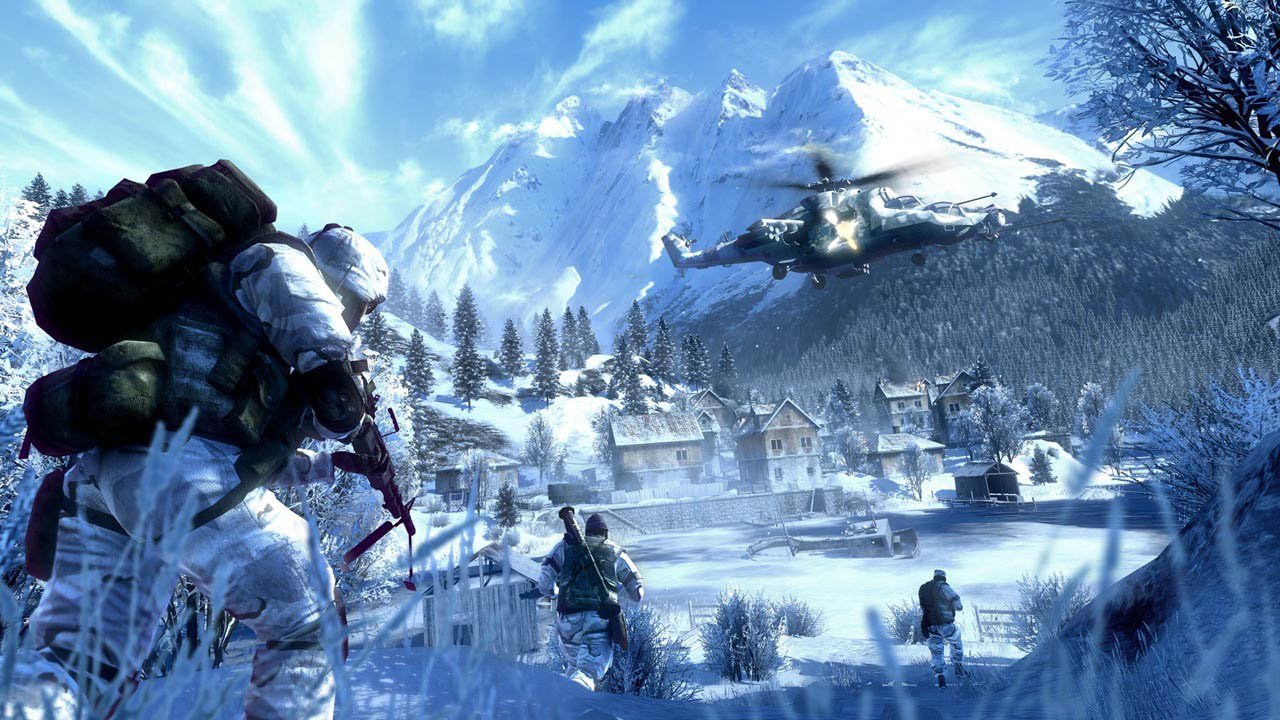 Battlefield: Bad Company 2 is not a bad game. In fact, it might be the best first-person shooter so far this year. The mechanics are tight and intuitive, and the battles are on par with anything else currently available on a console. Yet despite the praise, EA DICE’s latest offering has some serious shortcomings that make it a difficult game to Review, and an even harder one to recommend.

The good is that BC2 features a deceptively simple combat system that provides an incredible variety of gameplay possibilities. Every level is broadly designed with many different types of cover, meaning that there is no right way to complete a mission. You can run through dilapidated houses to flank your enemies, head to high ground to pick off opponents with a sniper rifle, or duck behind a wrecked car to trade gunfire across an open battlefield. Each style can be equally effective, allowing different players to execute their own preferred strategies. After eight hours, I felt that I had barely scratched the game’s surface, and you’ll want to keep playing long after the story has run its course.

The game’s fantastic damage-physics contribute to the sense of variability. All of the environments are completely and easily destructible, meaning that no encounter ever plays the same way twice. The house that once provided shelter may absorb a rocket and disappear when you least expect it, leaving you exposed to punishing enemy gunfire. Eventually, you’ll realize that there is no such thing as a safe zone in BC2. The game constantly keeps the player on their toes, creating an intense, unpredictable experience that seldom gets boring.

Unfortunately, the game’s strengths also lead to its greatest weakness. BC2’s diverse combat rewards innovation and exploration and much of the fun will come from the gradual mastery of the system. But DICE has put so much effort into the gunfights that the game struggles with anything not directly related to the core combat.

Almost every other design decision is either questionable or completely indefensible. For starters, there’s no co-op mode and no option for local multiplayer (at least without XBOX live), which is criminal considering how much fun the game would be with competent teammates. I never got a chance to try the multiplayer, but that doesn’t change the problem. The multiplayer exists for online players and online players only. It’s the game’s strongest selling point, but it’s also the biggest drawback.

The solo campaign is similarly patchwork. The plot is functional, insofar as it moves quickly from one gunfight to another, and stays out of the way of the combat. Clocking in at a mere six to eight hours, it sometimes feels like a demo tacked on to showcase the multiplayer options for more ‘serious’ players. Everything is generic and forgettable. You might care about the characters, but they’re cardboard cutouts drawn from a spectrum of American stereotypes. The bullet-munching patriotism is nauseating, even in small doses, and nobody would blame a gamer who secretly rooted for their team to die.

The dialogue is also rather derivative and predictable. Most of the lines come across like bad puns, yet are delivered with such straight-faced seriousness that it makes one long for the days of “all your base are belong to us”. Even the line, “I gotta go save some cheerleaders!” would have been funnier if it had been the by-product of poor translation rather than lazy writing. As it stands, the script is nothing but a list of forced American clichés that reduce complex melting pot idealism to politically correct redneck one-liners. If you care about good storytelling, BC2 is not the game for you.

Ugly Americanism aside (and yes, I’m American), BC2 does get credit for its more subdued visual aesthetic. DICE justifiably trusts the game engine to deliver excitement and doesn’t distract you with unnecessary explosions or cinematic excess. Everything looks great (the vistas in the desert are particularly beautiful), but it has a run-down authenticity that forgoes extravagance in exchange for grit. The soldiers are regular guys in fatigues instead of stainless steel refrigerators glued to cinderblocks, while BC2’s various slums are highly detailed hellholes that bear the unmistakable marks of war. Combined with the damage-physics, the immediacy of the carnage creates a visceral sense of wartime danger. Having a building randomly collapse around you is a genuinely pulse-pounding experience, and the game is all the better for it.

There are some vehicle sections, but they’re standard for the genre. Although teammates generally shoot in the right direction, the gamer is left to pick up most of the slack for inaccurate AI. There are also some cool set pieces, like a level that features a race from house to house in order to avoid freezing to death on a snowy mountainside.

BC2 has plenty of good ideas, but it’s all ultimately irrelevant. If you enjoy online multiplayer, chances are good that you’ll enjoy Battlefield: Bad Company 2. It’s a great first-person shooter with multifaceted combat that remains fresh after many hours of play, and there’s nothing wrong with that. There’s simply not enough here to recommend the game for anyone other than hardcore fans of online shooters. It won’t hurt to give the game a try, but rent it before you buy it and don’t expect much from a lackluster solo adventure. 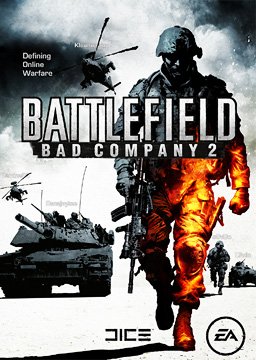