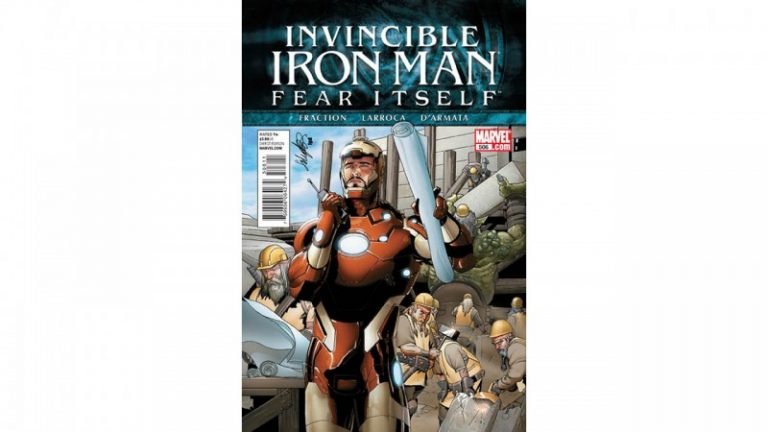 When reading through this issue, I realized that there was a specific reason why Fraction’s Point One issue focused on Tony at an Alcoholics Anonymous meeting, given the character’s decision made at the end of Fear Itself #4.

This issue is an abrupt change of pace if you didn’t read Fear Itself #4, as it positions Tony for the start of this issue.The issue is a very quick, light read, as the story takes a long time to get where it’s going, when it could have been much shorter.I can’t say I cared for this issue at all, as the script is belaboured, I don’t like where it’s headed as it feels like a retread of old story beats that don’t need to be revisited again, and the entire nature of Tony’s deal with Odin felt off, and very forced.

Additionally, the dialogue for the dwarves was absolutely dreadful, and painful to read over and over again.

The artwork by Larroca is nothing special, and often feels a bit washed out.I think his art would benefit greatly from a separate inker, instead of him doing his own inks.

The issue is fairly important in the Fear Itself storyline as a whole, which makes it an even greater shame that it wasn’t of higher quality.

Invincible Iron Man #506 is fairly important in the Fear Itself storyline as a whole, which makes it an even greater shame that it wasn't of higher quality.
REVIEW SCORE
5
File Under: