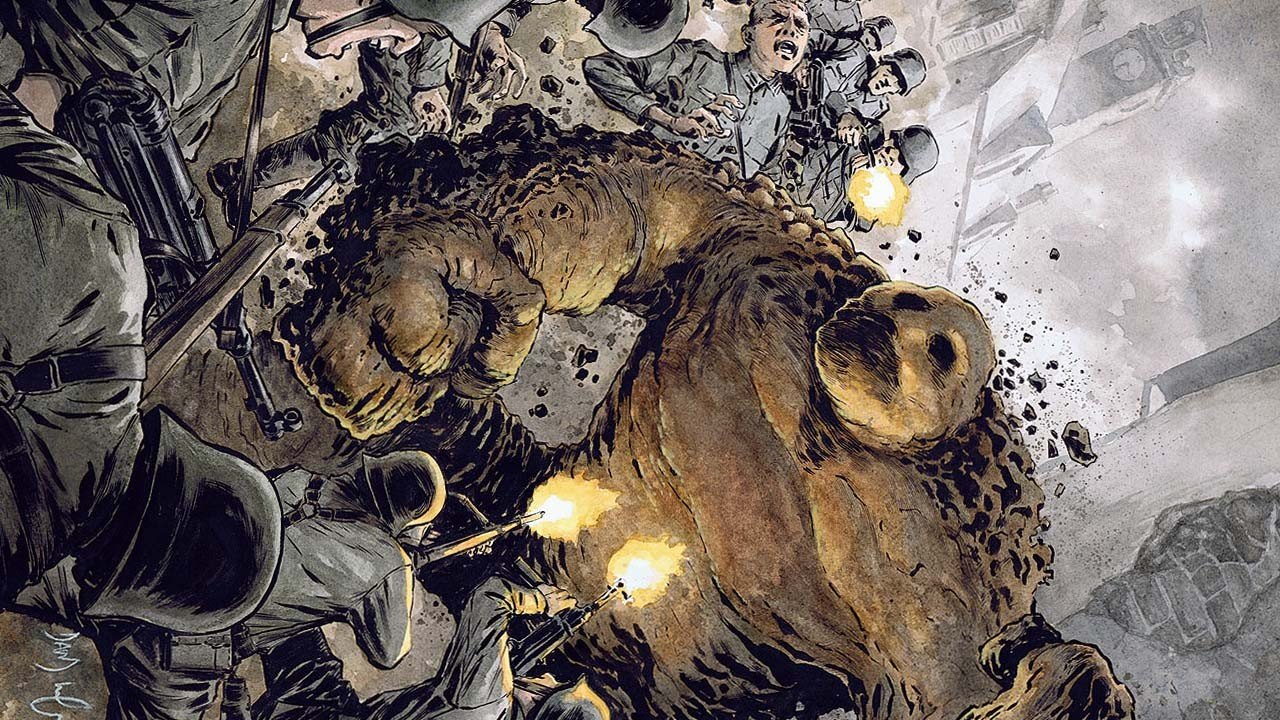 I didn’t know what to expect from Breath of Bones but the last page literally gave me chills, honest to goodness goosebumps all along my arms. Steve Niles has set into motion an unsettling sequence of events, sparked by one of the most unspeakable horrors humans beset upon each other: war. There are monsters alive and well in the world, in the form of people so convinced of their righteousness, they have no qualms about committing horrific deeds in their pursuit of justice, glory or simply madness. They are not evil, no; demonizing their actions under the banner of Evil deeds does nothing but blind us to the terrible possibilities that exist in all of us. They are monsters but human still, until a great equalizer comes along to change things.

War never changes, but its instruments evolve and adapt over the centuries. No war has seen the likes of the weapon that emerges in Breath of Bones, and heaven help us if it ever does. Readers are only treated to a glimpse of this weapon in the first issue and Niles builds up anticipation for it very carefully; using well metered words and images that elicit a childlike shiver of fright for all the things that go bump in the night. It’s a masterful setup, nestled in one boys experience watching World War II unfold before him. He sees the bravest men in his world (including his own father) vanish down a trail to fight the good fight and leaving an entire town bereft of adult men. Every day he sits and waits for their return, but it’s an all too familiar outcome for brave men of that era. This is where things take an unexpected turn, which left this reader chilled and at a loss for where Breath of Bones would go next.

Dave Watcher’s art is perfectly suited to the feel of the story, bringing both World War II and the quieter, not yet war-ravaged countryside to life with equal attention to detail. Illustrated entirely in black and white, it’s a visually striking book that doesn’t rely on colour to bring the artwork to life. Its simplicity also enables the subtle nuances of the story to come through more naturally, bringing depth to character’s interactions and allowing for clearly defined moments, snapshots of their lives amidst the growing turmoil around them. Breath of Bones is deceptively powerful for appearing to be just another tale of monsters and men.