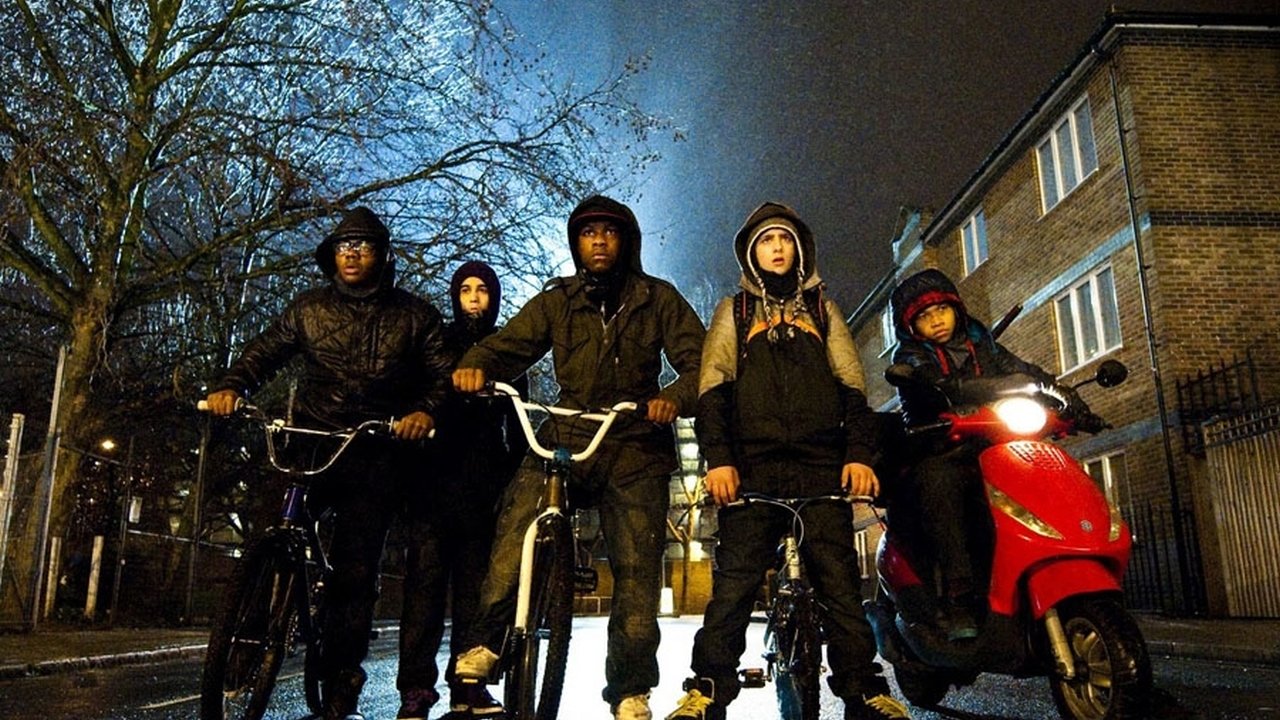 A great genre movie should sneak up on you, appealing to your B-movie pleasure center with a pulpy concept and delivering the goods, while also sneaking in some intelligent filmmaking as icing on the cake. Case in point would be Attack The Block, a new British horror/sci-fi/comedy mashup that sets the stage with gorilla monsters from outer space with glow in the dark teeth, and then quietly sneaks in a little clever social commentary about the generation gap and impoverished teens.

The film is primarily about entertainment, with plenty of gooey monster murders that will have genre fans foaming at the mouth, but director Joe Cornish also has a few more tricks up his sleeve than comedy and carnage, which makes for a fantastic vintage B-movie along the lines of John Carpenter’s 70s/80s outings like They Live. Considering the fact that Cornish had never directed a film before, the results are particularly impressive and it looks as though we may have a major new genre talent emerging from across the pond.

Attack The Block opens with a group of hoodie-sporting youths robbing a nurse who recently moved into their housing estate. It seems like this might be a movie about teen terrors before a weird alien crashes to the ground, who the youngens promptly kill with a combination of fists and fireworks. Soon that unfriendly greeting brings a full-on invasion of hairy aliens to the estate, prompting the teenage hooligans to team up with the nurse to survive and leading to a siege climax in which the heroes are trapped at the top of a tower as the furry monsters work their way up the building. Along the way we meet actual gang members who look down on the teens, pint-sized public school ruffians who look up to them, and a variety of idiotic cops and drug dealers. Everyone on screen either fits into Cornish’s subtle commentary, turns into a monster meal, or both.

From the opening scene, it’s immediately apparent that Joe Cornish knows his way around genre movies. He shoots with the tightly composed framing, creepy flowing tracking shots, and carefully constructed jump scares of John Carpenter. The Carpenter influence is obvious and impossible to miss for fans (particularly with the brooding electronic score), yet this movie should in no way be dismissed as a rip off or simplistic homage. The visual cues may come from Carpenter, but the pacing, writing, and characters are all the first-time writer/director’s own. Cornish’s background is in British comedy with his most famous creation probably being the late 90s Adam and Joe Show, in which he parodied Hollywood movies with video cameras and action figures long before youtube made that standard practice. His laughs come fast and furiously, but never at the expense of the scares, which are plentiful and surprisingly grisly. It’s all in good fun, like a haunted house attraction, but the scares really work, helped in no small part by the decision to use practical make-up, puppet, and animatronic effects. With CGI being far too overused these days to the point of becoming tiresome, it’s amazing how much more believable traditional physical effects can still feel in the digital age.

The actors are all quite strong, particularly John Boyega as the samurai sword-wielding leader of the troops, Alex Esmail as the perpetually-stoned comic relief, and Nick Frost in a small scene-stealing role as a put-upon drug dealer. For a movie filled with what the characters call “big alien gorilla-wolf motherfuckers,” the character work is surprisingly well written and realistic. Cornish spent months rehearsing with the actors and hanging out in youth centers to capture that specific brand of code words and slang that teens use with each other. Whether or not it’s fully accurate, the dialogue and characters feel remarkable natural, like they wandered off of a British Larry Clark movie (minus the graphic sex) and onto a alien invasion flick.

The slang is important to Cornish’s subtle commentary as well. Much of the film is about the gap between teens and adults and the somewhat alien language they speak should sound unfamiliar to the over-20 ear. The kids who seem so threatening in the opening mugging scene are gradually revealed to be victims of poor parenting and poverty, with the nurse character befriending and understanding them over the course of the bloody adventure. Police are viewed as villains as they would be to actual teens of that social class, and the protagonists’ wild stories of alien invasion are always dismissed by authority figures. The commentary is subtle, but it’s carefully written and works. Fortunately, you needn’t worry about the action ever stopping for the sake of Cornish driving his thesis home. He knows what type of movie he’s making and the subtext is thankfully woven into the background. It’s there to be appreciated by those who want to see it, while still being easily ignorable for audience members just there to see beastly aliens knock the shit out of youngsters.

Attack The Block is a fantastic genre movie that should quickly become a cult hit, and deservedly so. Joe Cornish clearly loves these sorts of movies, and has made film that can proudly stand alongside the classics. It’s a remarkable debut that should quickly make the director a name to look out for, and given the fact that he’s already scripted the Tintin movie for Steven Spielberg he shouldn’t be booted out of the film industry any time soon. The only potential stumbling block the film faces are the inevitable comparisons to Shaun Of The Dead given that Nick Frost not only appears in the film, butShaun director Edgar Wright also served as a producer. If you go in expecting Shaun 2: Alien Boogaloo you might be disappointed.Shaun was more of a comedy and self-conscious genre deconstruction than a straight horror movie (though it did have plenty of scares), whileAttack The Block is more of a pure horror/sci-fi ride with humor snuck in through characterization. The movies are quite different and Attack The Block will appeal more to the niche horror crowd than the crowd-pleasing Shaun Of The Dead. However, that in no way means that it should be dismissed. This is one of the most entertaining genre outings in years and shouldn’t be missed by anyone who loves being scared by things that go bump in the night. The film is currently playing sporadically in hype-building preview screenings and will be unleashed on general release by Sony at the end of the month. If you like this sort of thing, it’s not to be missed. It very well could become the one true cult movie of the 2011 summer season.

Attack The Block is a fantastic genre movie that should quickly become a cult hit, and deservedly so. 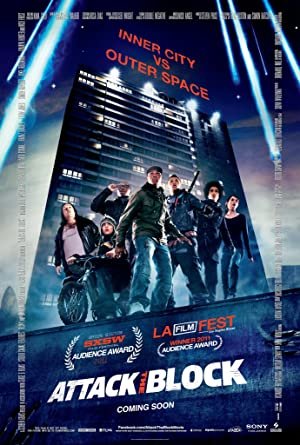