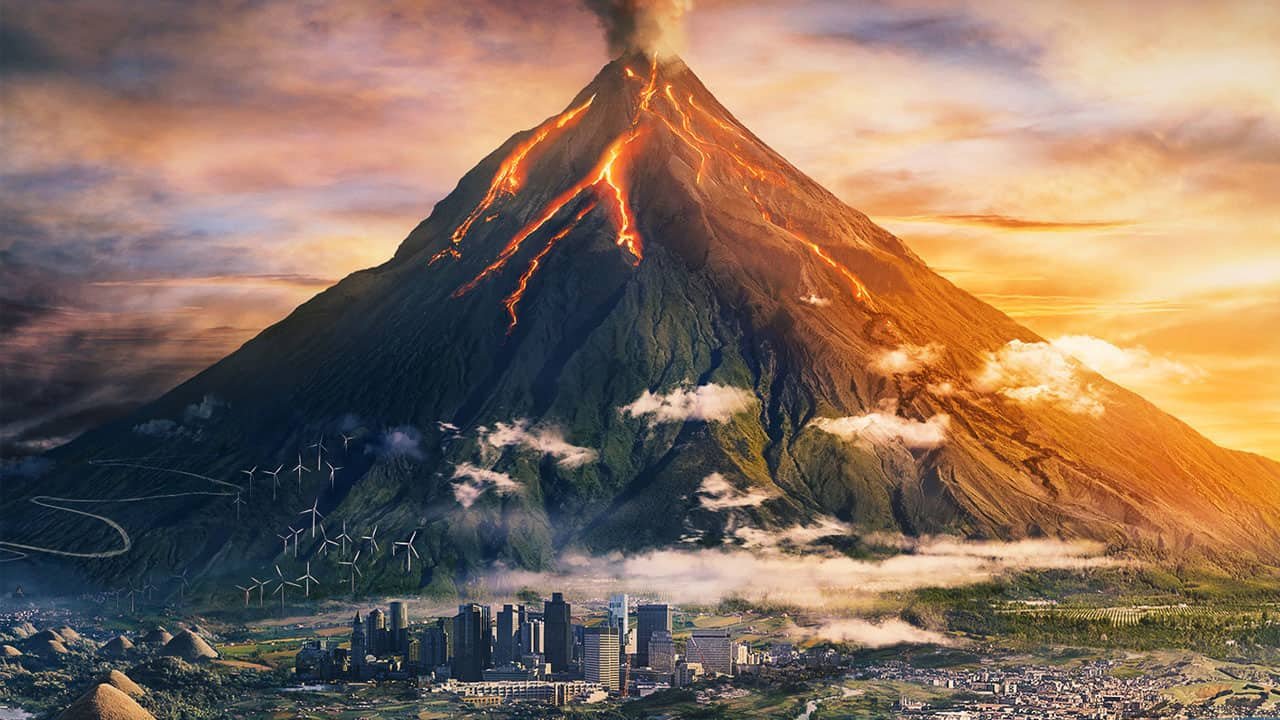 Generally speaking, whenever a new Civilization game comes out, it will eventually be followed by two expansions. The first expansion usually focuses on the early-to-mid stages of the game, while the second covers the more modern eras and late game strategy. This leads to a strange community consensus that a Civilization game isn’t really “complete”, so to speak, until all of the expansions have been released and all additional features have been added.

Well, Civilization VI is finally complete this week with its second expansion, Gathering Storm. Here Firaxis Games’ focuses the end game on the environment and diplomacy. Natural disasters such as hurricanes, floods, and volcanic eruptions will strike at regular intervals, and climate change will play a major role as nations spew CO2 into the atmosphere with the dawn of the industrial age. The World Congress is also back, letting you advocate and debate proposals that will shape how nations behave while advancing towards a new Diplomatic victory. Gathering Storm also adds in the requisite new civilizations, wonders, units, and other typical Civilization additions that fans have come to expect. The end result is, fortunately, good.

Not great mind you. Just good.

It starts with the headline feature of Gathering Storm: the environment. The natural disasters and weather effects that pop up prior to the industrial age can ruin improvements and affect the production of your cities, but for the most part, they’re annoying at worst. Cleaning up after volcanic eruptions and building around floods doesn’t provide any level of strategic depth, serving more as a distraction from far more pressing concerns.

Later in the game, once everyone has constructed factories and coal power plants and is busy trying to recreate the Exxon Valdez disaster, the environment will begin to change as a result of increased CO2 levels. And even if you try to avoid this, cities now require Power to function effectively, which can only be provided by carbon-spewing buildings until late in the game. As a result, coastal cities will be flooded, entire islands can disappear, and you’ll have to make use of the bevy of new technologies and improvements at your disposal to ward off the crisis. It’s that latter fact that is most exciting for Civ fans, as the future era has been built out so that it feels like a proper end game rather than the jarring era that it previously was. From hydroelectric dams to The Giant Death Robot (which I am so happy to see, it’s great), tackling climate change or dealing with the problems it causes is far more engaging than the piddling disasters that occurred beforehand. I even managed to declare war on a particularly bad polluter by forming a small coalition against them.

Speaking of, diplomacy has been revamped with the addition of the World Congress and the implementation of Favor. Favor is a new type of currency that tracks your diplomatic good will, and you can use it to vote on the various proposals that are discussed at each session of the World Congress. You gain Favor through trade, alliances, and relationships with city-states. You can also gain them through emergencies, where you compete with the other civs to, say, provide relief to Russia after a volcano erupted near St. Petersburg, or to fund the World Fair. Opposite Favors are Grievances, which track the relationship between two civs through broken promises, denunciations, and acts of war.

While the additional diplomacy features are exciting, and the AI in general seems to be smarter than what it once was, in practice the Diplomatic Victory is anticlimactic on difficulties lower than Emperor. When I played as Canada, one of the two diplomacy focused civs added in this expansion, I accrued several thousand Favors by the time voting began on the Diplomacy victory, allowing me to easily win through passive play. Yet I found it difficult to not earn a horde of Favors across other games, and it took having to go purely militaristic before I had trouble gaining them. Harder difficulties, provide more of a challenge, and the World Congress system as a whole provides a number of new ways to interact and further your strategic goals, no matter what they are.

As mixed as I am about the environment and diplomacy features, the real fun of Gathering Storm lies in the new civilizations at your disposal. Most, if not all, of the eight new civs and nine new leaders, fill in a niche that takes advantage of elements that few of the other civs already present in Civilization VI touch. Canada can settle Tundra tiles easily, and can receive a huge boost in culture for doing so by building Ice Hockey Rinks. The Maori start out in the ocean, and earn rewards the longer they wait to build their capital city. City-state units that Hungary levy’s gain additional movement speed and combat strength at no additional cost. The Phoenician’s can move their capital through Dido’s leadership ability and by building its unique Cothon district.

It’s in the new civs that I found much of my enjoyment with the expansion. They open up strategic avenues that I didn’t think were possible beforehand, and they genuinely shake up the ways you can approach different victory conditions. For example, while playing as the Maori, I tried to earn a Culture Victory – but they can’t earn Great Writers, which limits your ability to rack up Tourism easily, and their unique Marae building has no Great Work slots. Instead, I had to rely on establishing national parks, shopping malls, and similar buildings to earn enough Tourism to win. That’s the kind of strategy that gets me excited in Civilization VI, and by and large, all the new civs surpass my expectations.

There are other small additions in Gathering Storm  that make the game as a whole so much better to play. You can redeploy a spy with a single click instead of diving into menus to repeat the same action. The map as a whole looks better, and names are given to geographical features to emphasize that they are prone to disasters. The production queue lets you create production lines for each of your cities so you don’t have to continually select a new thing to build when the previous item is completed. And there are a ton of new buildings, such as the water park and the ski resort, that allow you to squeeze that extra inch out of your territory to further your goals.

It’s these smaller changes, not the advertised features, that kept me engaged with Gathering Storm. The environment doesn’t have as big of an impact as I’d like it to have, and the World Congress could use some work in how you pitch ideas for it, but past that, this expansion has a lot of solid additions that make the end-game actually interesting. It’s taken some time, as most Civilization games do. But with Gathering Storm, Civilization VI finally feels complete. 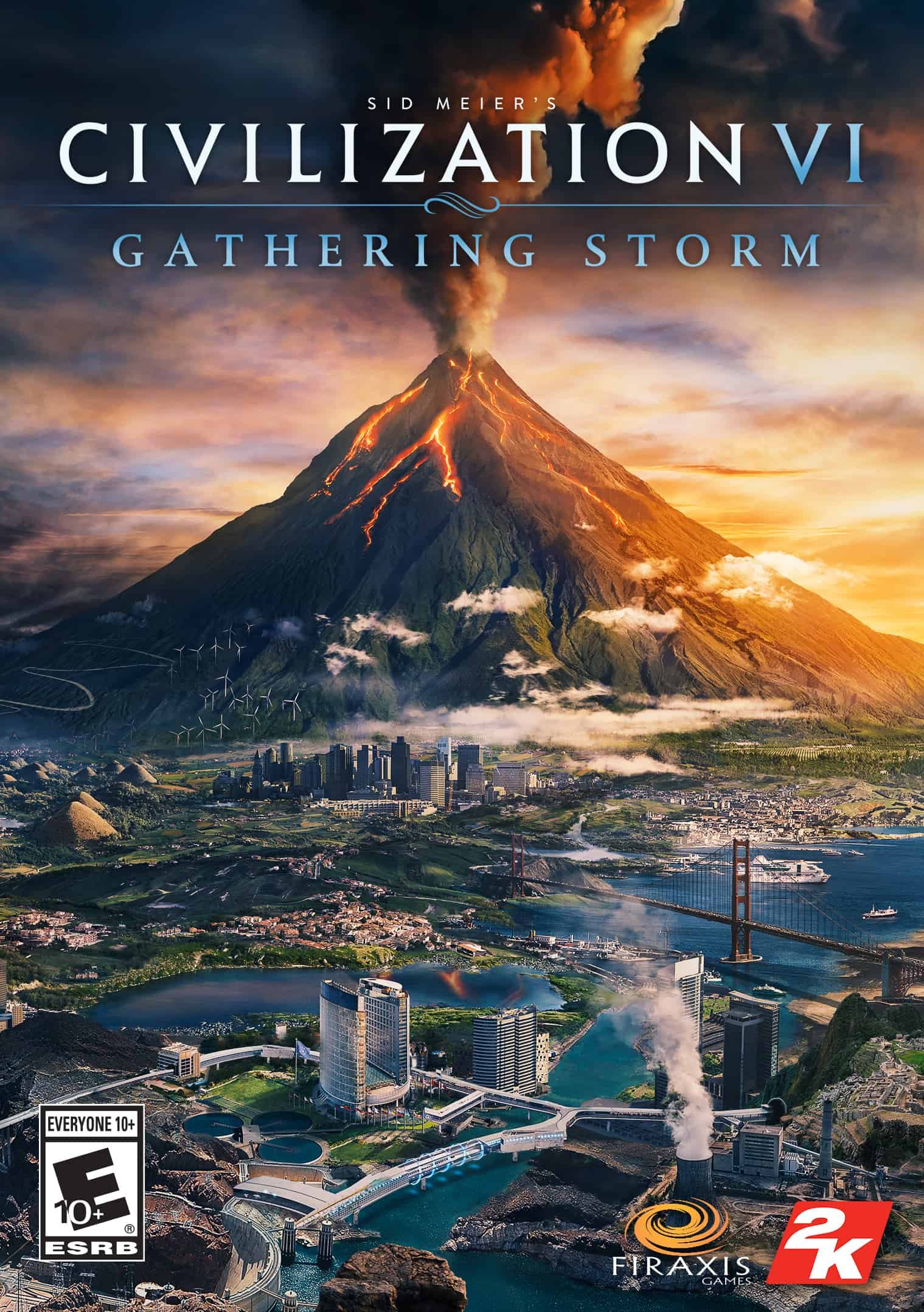