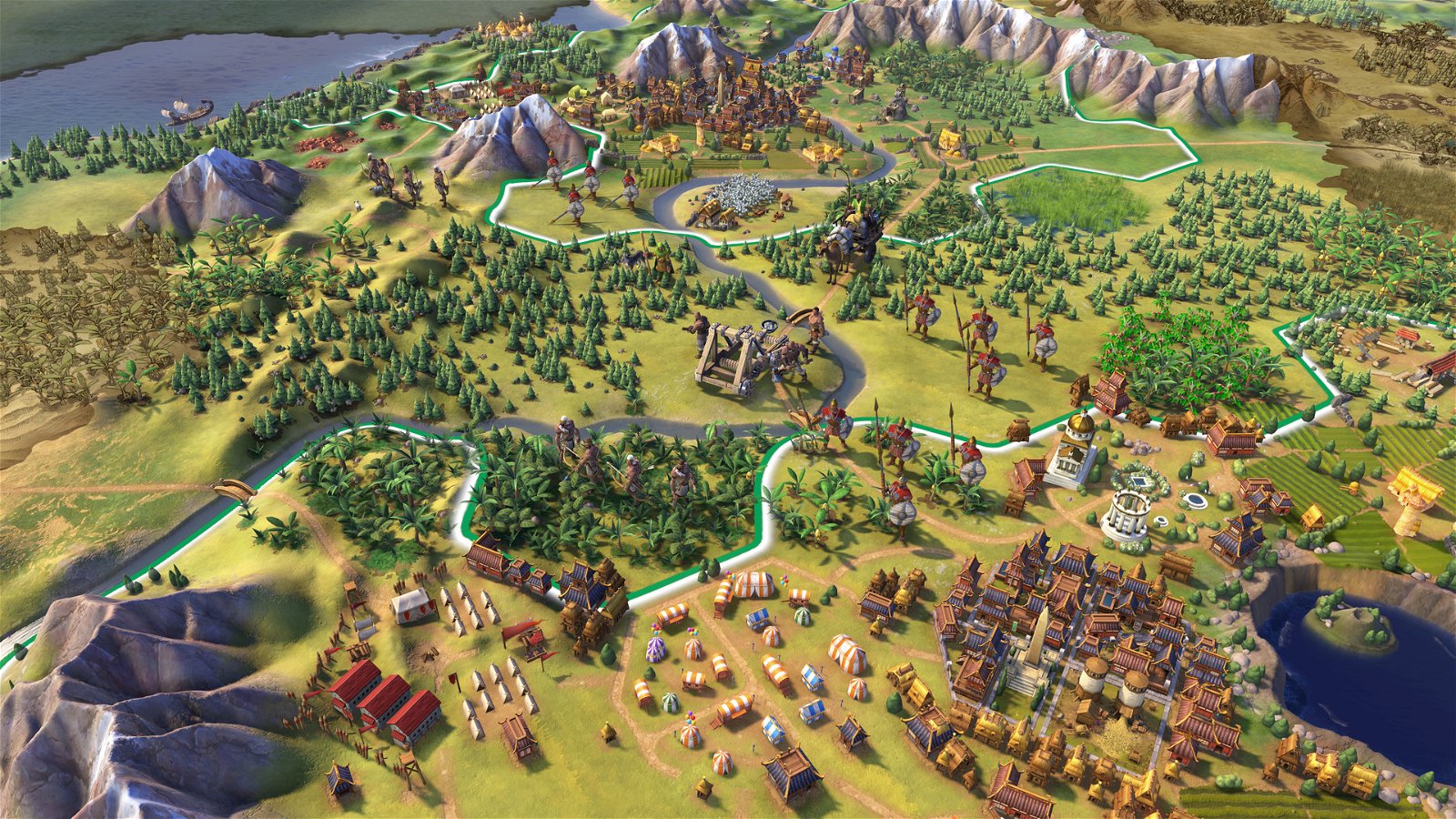 At first blush, Sid Meier's Civilization VI presents itself as an uplifting experience -- from the ultimately hopeful intro cinematic, to the stirring music from returning composer Christopher Tin, to the entrancing narration by Sean Bean -- the game apparently believes that humanity can do anything. Actually playing Civ VI is another story, once you’re dropped into a world full of barbarians and capricious world leaders, where every monarch is vying for a form of “victory” and consumed with envy over their neighbors’ success. There’s no diplomatic option here; nobody makes it to the finish line without amassing a veritable rogues gallery of historical figures they’ve had to fend off in their wake. Idealism means nothing when the chips are down, optimism is dead, and Civilization VI is still a damn fine video game.

An intuitive user interface is key when you’ve got as much going on as your average Civilization game, so it’s a good thing Civilization VI excels at presenting information in a smart, palatable manner. The new cities may be the strongest example of Civilization VI’s sublime design sensibilities. Whereas the settlements in Civilization V just stuck everything on a single tile, Civilization VI splits up the different types of buildings into “districts.” This helps streamline the various electives that will bring players closer to their preferred form of victory, but also makes the cities look more like real human cities (as opposed to some buildings surrounded by miles of farmland).

There are essential districts, like a commerce hub, and victory-themed districts, like a science campus. Once you build a district on a certain tile, then all related buildings stack on that tile. At first, I was worried this new system would clog up my settlements and I wouldn’t have any room for other improvements, but in practice I very rarely had to choose between a necessary resource and the district improvements provided by that tile. There was even a point during my Culture-based campaign where I was building districts just to take up space. The districts have icons and color schemes that match a certain discipline, like a purple theater district built to help players achieve the Cultural victory. The more I played, the more I appreciated the district system. It’s a perfect blend of macro and micro -- delineating what I should be focusing on in the long-term while providing short-term benefits for my cities.

Researching technology is largely the same as in Civ V, but “eureka” moments -- little boosts either given by meeting peaceful unaffiliated villages or by simply playing the game -- help make the process feel more organic. Build a quarry, and that will put you 50% of the way towards Masonry. This rewards experimentation and just makes sense; it doesn’t completely eliminate the late-game Tech tree cleanup, but it does mitigate the problem a bit.

You can also get boosts towards “Civics,” which are broader concepts like “Opera & Ballet” or “Nationalism” that unlock policies and forms of government for your civilization. For example, if you’re looking for a Religion victory, you should focus on the Civics that provide Faith-based rewards and that will eventually unlock the Theocracy form of government. Policies are broken into military, economic, diplomatic, and “wildcard” boosts, with each unique government endowed with the appropriate amount of slots. A Merchant Republic will likely have more economic slots than a Fascist government, for example. Civilization VI’s government system feels more restrictive than Civilization V’s equivalent, which allowed early-game perks to stack, even as players moved into different types of government. In a sort of compromise, governments have a permanent bonus that you get to keep even after you’ve moved on, but it’s often so negligible that you won’t have to worry if you’re playing at a normal difficulty level. Once you figure out what kind of victory you want, it’s easy to min/max a set of perks that will put you on the right path.

Districts and Civics aside, much of Civilization VI will seem familiar to anyone who’s already played Civilization V and its expansions. Diplomacy is gone, but the Culture Victory is still dependent upon a civilization’s Tourism and you still get the Science victory if you win the space race. There’s new stuff, but it’s either small or it fits perfectly with the existing systems, like the Districts. Builders can no longer be automated, instead operating as a kind of mini-resource with limited uses. Military units can be stacked to increase their combat strength. None of these systems have a particularly steep learning curve, even for those who’ve never touched a strategy game before.

The win conditions feel largely identical -- capture everyone’s capital for Domination; have the most dominant culture for Culture; win the space race for Science -- except for the Religion Victory. Converting every civilization to your particular pantheon feels more achievable than ever, thanks to additional Religious units and a form of combat unique to those units. I quickly gave up on a Religion victory in Civ V, because I was so often playing catch-up after a band of opposing missionaries rolled into town. In Civilization VI, certain Religious units can initiate a form of combat with opposing units, even preventing a full-on war if combat was initiated in your territory. I kept a few Inquisitors at home to keep my cities on the righteous side while a mini-army of Apostles spread the good word across the globe. Having more viable win conditions is always a good thing -- not just because players have more options, but also because it keeps things exciting. You can never tell how an enemy civilization will come at you.

Civilization VI is just as addictive and as rewarding as its predecessor. If that’s what you came to hear, then you have my blessing to run out and spend another fifty hours dunking on the Aztecs. Civilization VI’s network of interlocking systems is made even more intuitive by its visual design, constantly keeping players above water as they explore what the game has to offer. With a rewarding, achievable goal constantly in view, every step on the road towards victory feels immensely satisfying. This is another great strategy game from a studio all but synonymous with the genre. I don’t need to place my hope in humanity -- I choose to place my hope in Civilization. 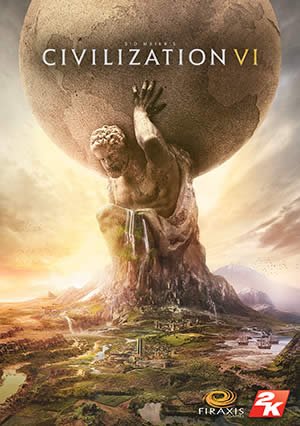