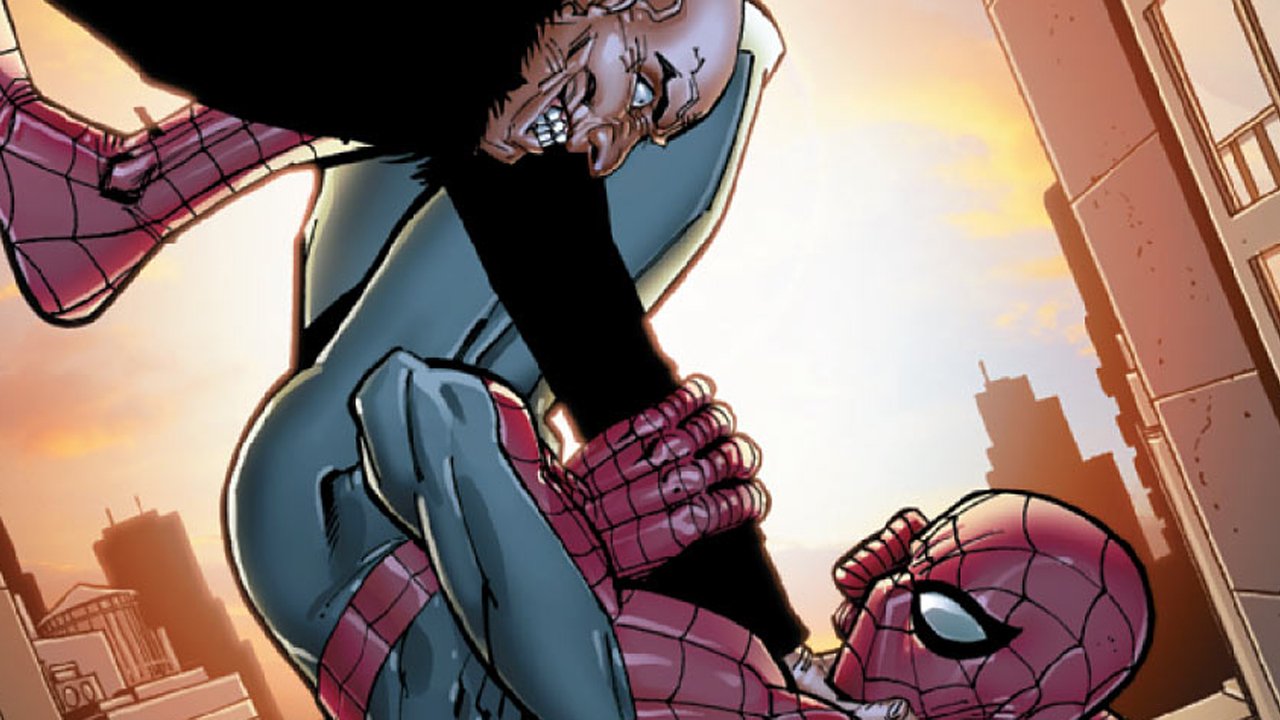 One of the most positive things to come out of Spider-Man’s Brand New Day era is undoubtedly the character of Carlie Cooper, Spider-Man’s now-ex-girlfriend. She was a bit of a departure when it came to Spider-Man’s usual love interests, a mixture between Gwen Stacy, Debra Whitman and Black Cat, and a fair bit different from Mary Jane Watson. As time has gone on, I’ve really come to love her as a character, and this issue is a great personal piece, as she tries to accept that Peter lied to her about being Spider-Man despite many opportunities to come clean and tell her the truth. How she doesn’t want to see him without the mask is a call-back to his relationship with Black Cat, when she didn’t want to think of him as being the boring Peter Parker, whereas with Carlie she doesn’t want to think of Spider-Man being Peter Parker because of the lies, etc. She’s more comfortable working with him as Spider-Man on a case than having to confront the man she thought she knew and thought she loved, but who kept a huge secret from her. As Spider-Man and Carlie Cooper work the same case together, trying to figure out how highrise burglaries are connected to some supposed jumper deaths, the Vulture operates his newest scheme, an almost cult-like family of Vulturions, for lack of a better term (as I don’t believe any actual term to describe them was used in-comic).

Slott writes an extremely scary and creepy Adrian Toomes in this issue, and it’s nice to see the Vulture back in the spotlight and given some real street cred. He’s one of those villains who’s often used as a bit of a joke, given his age, but here he’s twisted into a fascinating figure who has become a cult-like personality with his own group of devotees. Slott isn`t afraid to show that he’s still just as powerful as before – if not moreso, as he demonstrates to Spider-Man at the end of the issue.

The artwork by Camuncoli is fantastic in this issue, assisted by Janson and D`Armata on inks and colors, respectively. They had a great new dimension to his artwork, almost Romita-esque (both Jr. and Sr.) at times, in a positive way.

Slott tells a rich story here, simultaneously re-establishing Adrian Toomes as a physically formidable threat while at the same time further developing and deepening the characters.