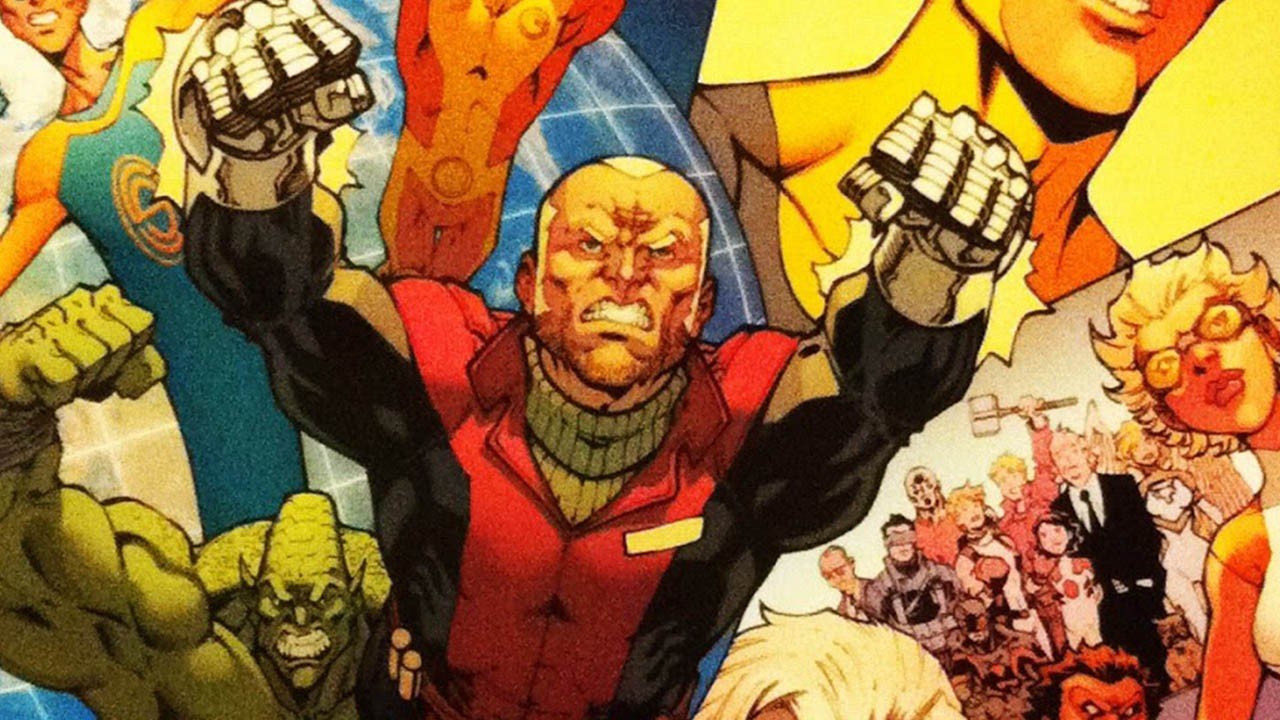 With the Guardians of the Globe down a few members and facing a major turning point in its existence, Brit, the leader of the team, helps expand the roster just as The Order, a villainous organization, does the same, with much more nefarious goals.  Brit must contend with the expansion of the team, the influx of new members, the absence of old friends, and come up with a way to confront the growing evil in the world.

Kirkman and Cereno have done a great job on the scripting for this mini-series, managing to characterize a number of different characters with a wonderful sense of  balance.  If there’s any particular aspect of the writing that felt a bit short it was the development of the villains, as they felt a bit cookie-cutter and typical, and weren’t all that unique.  Thankfully the protagonists were far better developed, particularly Brit.  I don’t know the character’s past, but based on his portrayal here I’d definitely be interested in reading more of the character in the future, and perhaps his past portrayals as well.  I haven’t read Invincible before, but I would be interested to read more of it and see how this series actually connects with it, and which characters crossed over from that book into this one, as well as how the Guardians of the Globe were portrayed after this point in time.  My favourite character here was Yeti, as it seems that Kirkman and Cereno had a ton of fun writing such a young character, with such a playful and fun innocence about him. The artwork by Getty on Yeti in particular really plays up the innocence inherent in the character.

Speaking of the artwork, the book has a great look and feel, as it almost looks like a typical superhero book, yet with a touch of humour in the artwork, which is also echoed in the writing.  The colours really pop, giving the clear and concise artwork a great look.

Speaking as someone who’s never read Invincible, it’s hard for me to know how this book reads to someone familiar with the book this mini-series spun off from.  But speaking as someone entirely new to these characters and this world, I found this a good entry point, full of interesting and engaging characters, brought to life by enjoyable artwork.