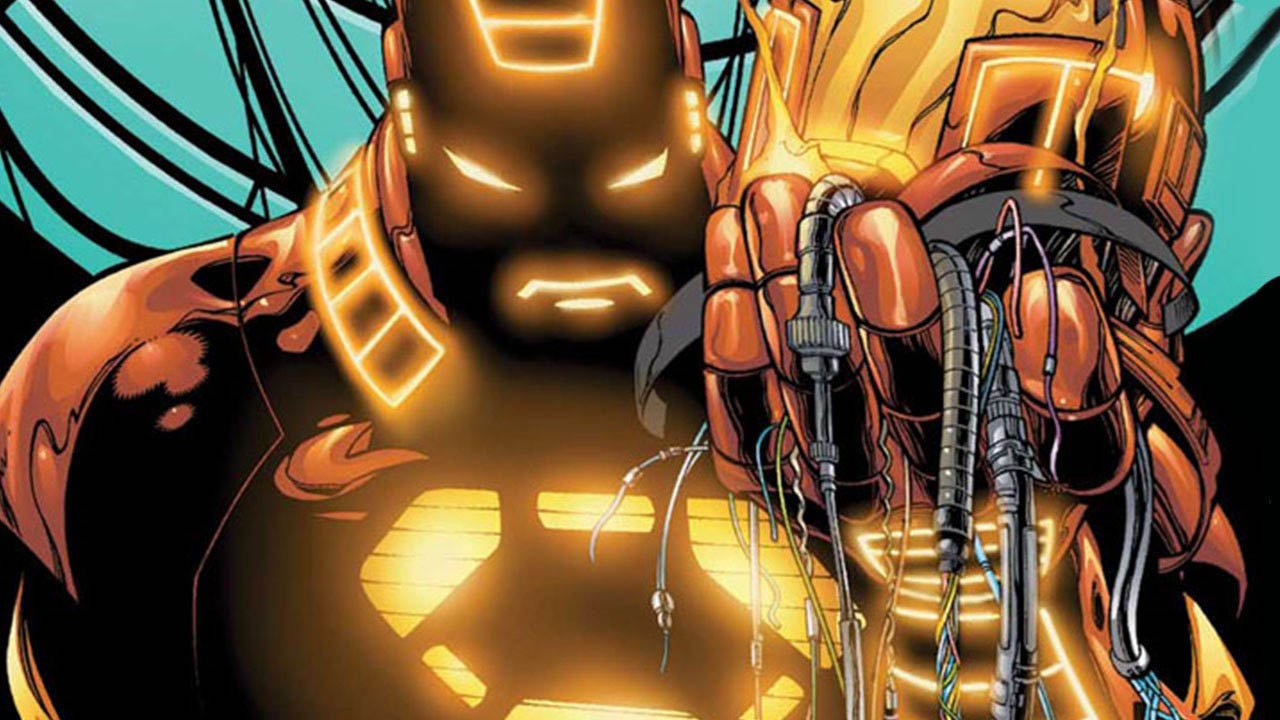 Marvel Comics’ collections department is a fairly well oiled machine at this point, and when Marvel movies are on the horizon, they smartly time a number of releases to hit the shelves in and around the release dates of new films. This collection is one such example of new Iron Man collections hitting shelves over the next few months, leading up to the much-hyped release of Iron Man 3. This new collection brings together Iron Man (v3) #1/2, 26-32 and Iron Man Annual 2000, under the name Iron Man by Joe Quesada. Back when Bob Harras was still Editor-in-Chief of Marvel Comics, Joe Quesada had enjoyed success as the Editor of the Marvel Knights line, and in 2000 started writing Iron Man. His run on the title was relatively brief (as his last few issues were co-written with Frank Tieri), and he had the unenviable task of following Kurt Busiek on the book, who’d had a very successful run, but nonetheless he hit the book hard and made quite a splash. 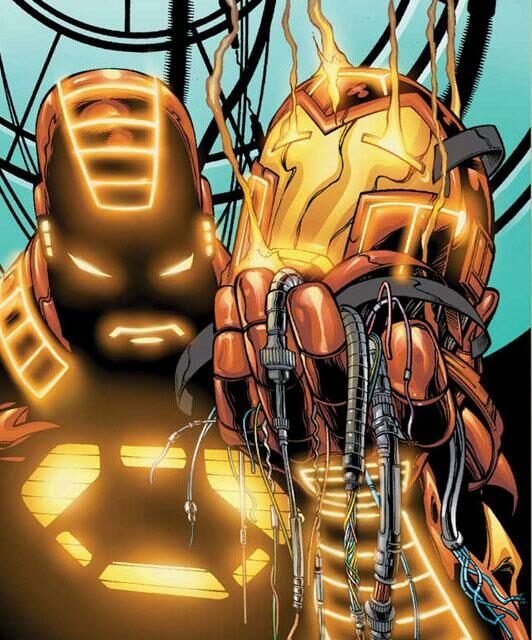 For fans of Iron Man in this era, Quesada is remembered as the writer who introduced the concept of an Iron Man armour gaining sentience, and Tony Stark struggling to come to terms not just with what it meant for him, but also to contain this creation of his. Artificial intelligence is common in the Marvel Universe, and often it corrupts or goes bad, but this was Tony Stark becoming trapped in his own armour, which was obsessed with him, and making Iron Man as a force for good more effective than it had ever been before.

Quesada does a brilliant job in writing the initial storyline with the sentient armour, as each and every issue ends with a fantastic cliffhanger. The first issue closes with Tony waking up in hospital after a battle as Iron Man and discovering that his identity was discovered the night before. The next issue ends as Tony Stark discovers his armour is sentient and he’s suffered a heart attack, while the third ends with Iron Man killing a long-time villain as Tony is trapped, helpless within the armour. Each issue has a story to tell, in building this multi-issue storyline that is quite powerful. The collection closes with the Sons of Yinsen storyline that was in Iron Man #31-32 and Iron Man Annual 2000, and they’re not bad in terms of concept, but the actual execution is a bit off. The storyline involves the revelation that Wong-Chu, the man responsible for keeping Tony Stark captive and inadvertently creating Iron Man in the first place, is still alive. Make no mistake, if you’re purchasing this volume, you’re doing so for Iron Man #26-30, and it’s well-worth it.

As a fan of the Iron Man comic during this period, I was a huge fan of Sean Chen’s take on the armoured Avenger. Unfortunately, it was in the middle of the Sentient Armour storyline that Chen left the book, but he was ably replaced with Alitha Martinez. In looking back at this storyline, the two of them provided one hell of a one-two punch in the art department, and although I did prefer Chen’s artwork, Martinez made a great impression on the book, and definitely did a great job on the closing chapters of the Sentient Armour storyline.

The sentient armour issues are among my favourites from this particular volume and era of Iron Man comics, and were only previously collected briefly in a now long-out-of-print trade paperback from the early 2000s. Finally, those issues are reprinted in high-quality glossy stock, and the reproductions look fantastic. The Sons of Yinsen storyline isn’t near the high level of quality in the first storyline, but it’s still most definitely worth owning. Highly Recommended!

As a fan of the Iron Man comic during this period, I was a huge fan of Sean Chen’s take on the armoured Avenger.