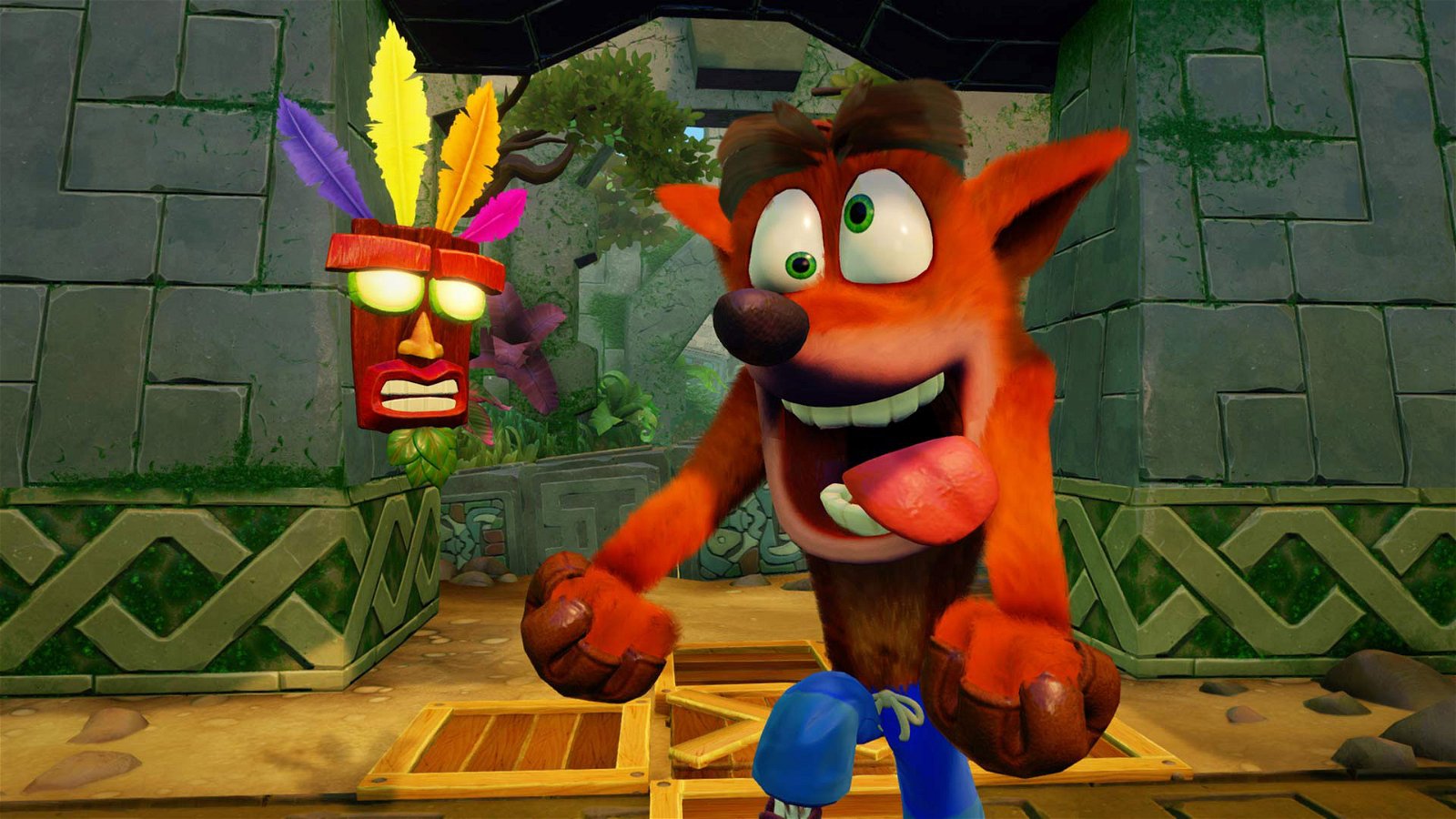 If you’re familiar with my work then you know I grew up a Nintendo boy. Not out of some obligation to brand loyalty, but because Nintendo was all we knew. It was our reality, and Sega and PlayStation existed in a separate reality we occasionally got to visit thanks to relatives who owned those consoles.

Naturally, in my house, we chose the Nintendo 64 as our 3D console since we’d always had Nintendo consoles, so I missed out on Crash Bandicoot. I was certainly aware of the character, I even played it once at a neighbour’s house, but I never knew him, loved him, or made him a part of my world. So while I have no nostalgic connection with the Crash Bandicoot N. Sane Trilogy, I was excited to finally experience the iconic franchise. And I gotta say: I really don’t get why people like these games so much.

It’s a serviceable mascot platformer with familiar concepts like smashing boxes, collecting 99 of some kind of currency for extra lives, jumping over pits, etc. I was surprised how much smashing boxes was a feature in these games—being required for collecting bonuses. This does make the gameplay a bit monotonous as you’re meticulously looking for every box to carefully jump on which halts your forward momentum.

The games’ biggest flaw is the controls. Crash’s jumping feels floaty and knowing where you’re going to land is often unpredictable. I’ve heard this is exclusive to the N. Sane Trilogy, and if that’s true, it’s a real shame because it makes the games’ primary mechanic incredibly tedious. The fairly wonky controls coupled with the mediocre gameplay means the game gets very frustrating and boring—and what’s worse is the fact that the gameplay is identical across all three entries. Same structure, same levels, same games.

And that’s what annoys me about the N. Sane Trilogy. You can see how much work went into rebuilding these games from scratch, maintaining the integrity of the originals; but had they updated the gameplay as much as the sound and visuals (with the exception of some of the death animations that would’ve looked less janky with some extra frames of animation), this could have been a genuinely enjoyable game.

We’ve had two decades worth of platform innovation both in the 2D and 3D sphere. If you’re building from the ground up, you should implement them. They could have tightened up the controls so you can jump more precisely and enjoy the platforming. Even the lives and Game Over screen are remnants of a bygone era that only really serve to waste time. Games like Shovel Knight and Rayman Origins have proved you can recreate nostalgic gameplay, but update it for modern sensibilities, creating a faster, more convenient game.

And this all feels doubly insulting when you go back and watch the original commercial for Crash Bandicoot. Like they had the nerve to throw completely unearned shade at Super Mario when so much of their game is ripped whole-cloth from Nintendo’s, and somehow not even done nearly as well when you consider Super Mario 64 came out the same year as Crash Bandicoot. Not only that, they released three games a year apart from each other and they were all identical! At least the five Super Mario games had been released at that time were distinctly different.

I feel like this is coming off pretty negative, and believe me, that upsets me most of all. I do like Crash from an artistic perspective since he had no characterization, and I respect his status as a gaming icon. The game is absolutely gorgeous with a fresh, high fidelity aesthetic that all maintains its cartoonish appeal. While the originals did look pretty good for their time, seeing the lush jungles come to life with the PlayStation 4 hardware does add a lot. I even like the wacky soundtrack that opts not to go for something inspired more by the games’ Australian setting, but something that sounds like Donkey Kong Country by way of Looney Toons; with a liberal use of xylophone.

I really wanted to like these games, but I can’t help but feel like without the nostalgic connection, I really can’t get behind the PSX gameplay and overall monotony. I’m sure if you grew up with these games, you’ll enjoy this collection, but as an outsider or newcomer trying these games for the first time, the outdated gameplay is sure to turn you off.

But this is a game primarily designed for the fans, and in that regard, I do commend Activision and Vicarious Visions for actually rebuilding the game, rather than just slapping a coat of HD paint on the original Crash Bandicoot games and calling it a day. This is a loving revival of a classic franchise, and hopefully, it might help bring other PSX classics back into the limelight such as Spyro the Dragon and hopefully MediEvil.

While the Crash Bandicoot N. Sane Trilogy did affirm that I did make the right purchase back in 1996, it’s great to see him return to such a grand reception. These games may not have done it for me, but I really hope this helps bring Crash into the 21st century. Let’s just hope they bring the gameplay there too.

I’m sure these games are great for anyone who grew up with them, but I honestly don’t get why. 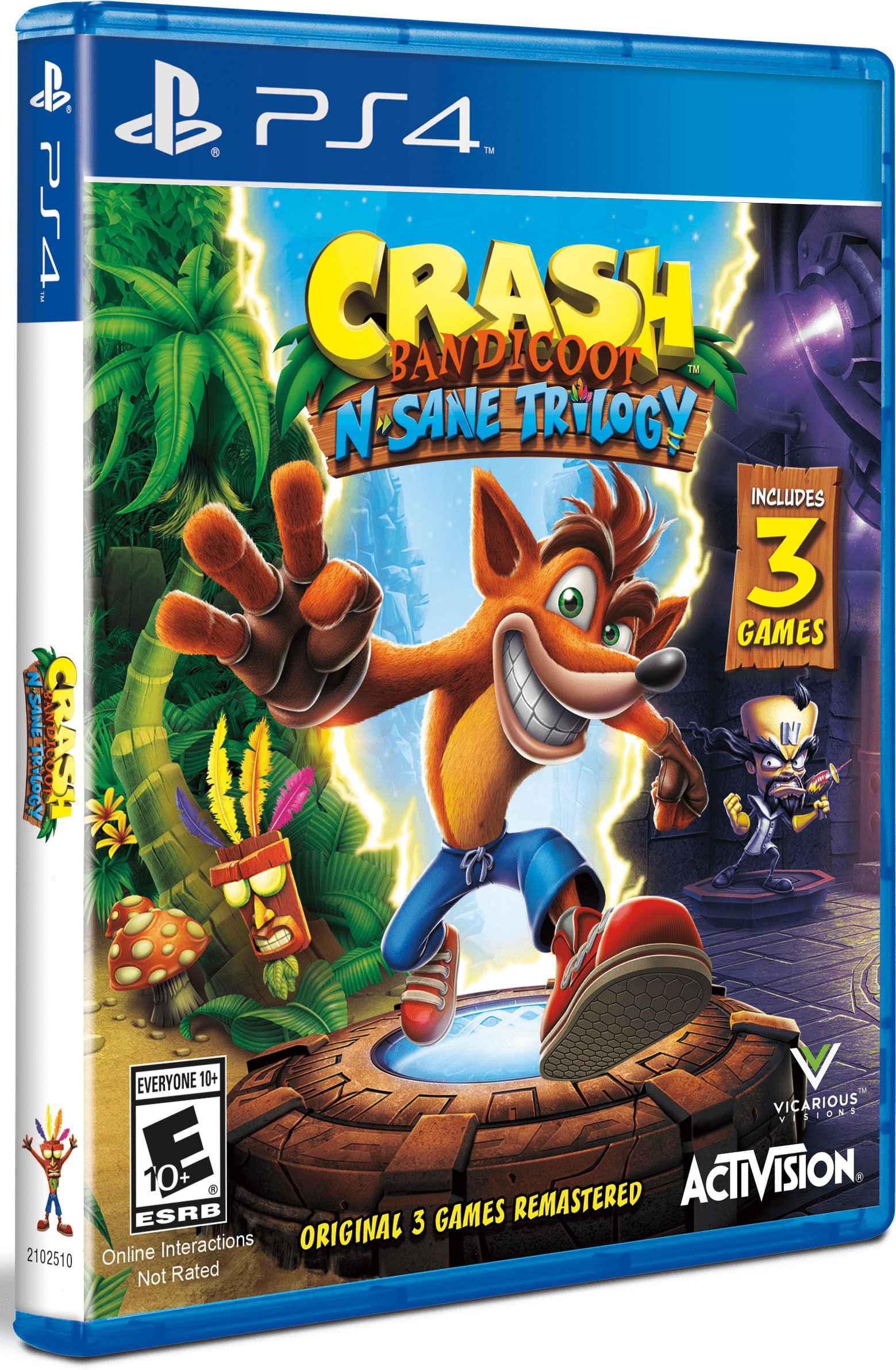